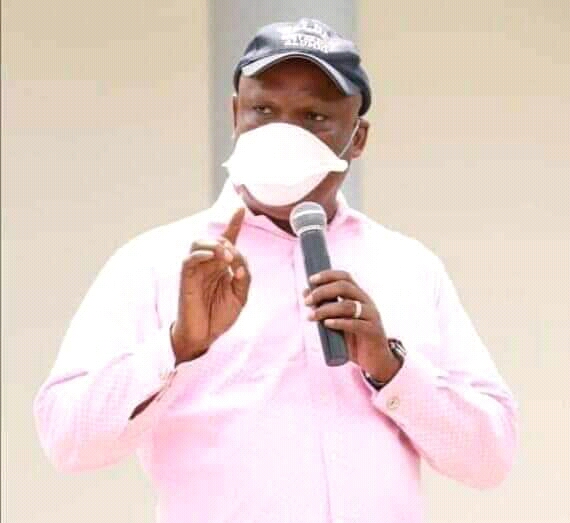 The Akwa Ibom State Commissioner for Works, Akparawa Ephraim Inyang-eyen has commended his boss, Governor Udom Emmanuel for setting up a 20-member post COVID -19 Economic Reconstruction Committee with the task of evolving ideas aimed at strenghtening the State economy from the effect of the coronavirus pandemic.

Inyang-eyen while fielding questions from journalists just after the inauguration of the Committee at Government House, Uyo, saluted the vision of the Governor and all his efforts in fighting the disease in the State.

” what the Governor has done is thinking ahead. Covid-19 has changed the global scenario. The way we were doing things have changed completely. I’m commending his Excellency’s vision for bringing in the pillars that would sustain the economy during and after this difficult moment. I must say that the quality and capacity of those selected to be part of the committee is purely on merit having considered their pedigree in private and public Sector.To the best of my knowledge, they’re the best economic brains that would put the state in the path of sustainable growth.”
In respect to the Isolation Centre in Utuk Mbang, the Commissioner explained that all measures have been put in place in achieving the target of the one week completion deadline as said earlier by the State’s helmsman, adding that the Governor is not only building the center for today but for tomorrow’s use as it will serve other medical related issues.

The Committee is chaired by a former Vice Chancellor of the University of Uyo, a renowned professor of Economics and public policy as well as the immediate past Director General of the West African Institute for Financial and Economic Management, Prof. Akpan Ekpo.

Responding after the inauguration, Professor Ekpo lauded the governor for the confidence reposed on them.
Ekpo said all members will inject their wealth of knowledge and experience in the overall interest of the State with sound recommendations and implementation.

The Committee will advise the governor on economic policy matters, including fiscal analysis, economic growth and a range of internal and global economic issues vis-a-vis the relevant stakeholders and heads of various organizations.

Previous: HALT THE TANTRUMS! ENOUGH OF THE INSULTS ON HIS EXCELLENCY, THE GOVERNOR
Next: Access Bank To Shut Down 346 Banks Nationwide