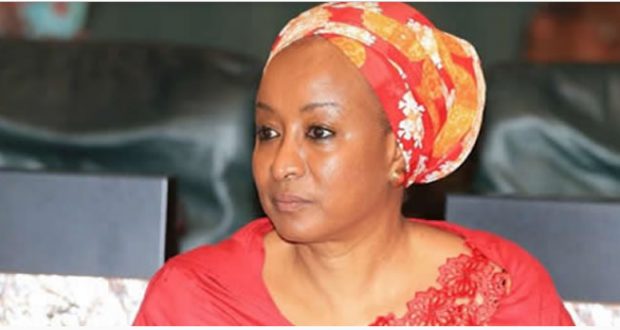 Why we suspended school feeding programme in some states — FG

The Special Adviser to the President on Social Investments , Mrs Maryam Uwais , has explained why the Homegrown School Feeding Programme of the Federal Government was suspended in some states .
There had been reports of poor quality food , insufficient and irregular supply of food , as well as late disbursement of funds by the government in states , such as Akwa Ibom and Niger.
But reacting to the development, in an exclusive interview with our correspondent , Uwais said the Federal Government had started conducting a headcount of pupils being fed under the programme .
She explained that the National Social Investment Office had engaged the National Bureau of Statistics to conduct a headcount of pupils and those cooking the food under the intervention programme.
Uwais said the outcome of the data in the affected states was being reconciled , adding that it became necessary to do this due to the discovery of a disagreement between the figures provided by officials of the State Universal Basic Education Board and what the monitors on the field actually reported .
She also noted that pupils had not been fed since April due to reconciliation efforts . “We have been reconciling the data in the states after engaging the NBS to conduct a headcount of pupils and cooks for us .
“Essentially , we found conflicting reports of the figures between official SUBEB figures and reports from monitors in the field .
“We mobilised the NBS to venture into all government- owned primary schools where we are feeding to confirm the numbers and those actually feeding .
“So yes, we haven ’t fed the pupils since April due to reconciliation efforts , as some of the states are contesting the figures .
“We ( will ) start feeding on June 24 for the states that have been feeding , irrespective of their protests . That is the cut – off-date for all protests .”
The Federal Government had in 2015 designed the social safety programme to improve the lives of all Nigerians , irrespective of religion , political affiliation and social class .
The Muhammadu Buhari administration had structured the programme to be impact -oriented , specifically catering to the needs of the poor , the vulnerable and those at the bottom of the social ladder without access to finance.
Uwais had last month said the thrust from inception had been to provide a nourishing and balanced meal for 200 school days in a year to pupils in classes one to three in public primary schools so as to boost enrolment , increase the cognitive function in children and battle malnutrition .

She added , “Nigeria is fast on its way to becoming the leader in Africa by feeding over 9 .7 million pupils and still counting .”
To implement the programme , she said the government required 94 metric tons of fish, 7 ,260 ,862 eggs and 767 cattle slaughtered for the pupils being fed .
She added that fruits , vegetables and grains were part of the carefully thought – out balanced diet for all of the pupils .
PUNCH .

Previous: 9th NASS :We’re in hurry to cover lost grounds – Lawan
Next: Aptitude test for candidates seeking admission into The University of Calabar for the 2019/2020 Academic Session