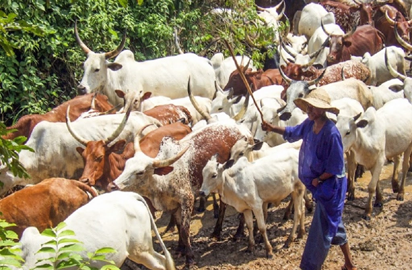 Why We Attacked Benue Communities – Herdsmen

A leader of Miyetti Allah cattle breeders in Benue state, North Central, Nigeria, Garus Gololo has revealed that the new year attack in the state was a reprisal for the alleged theft of cows.

The herdsmen had attacked communities in Guma and Logo local government areas of the state between Monday, January 1 and Tuesday, January 2, killing not less than twenty (20) people, including nine livestock guards.

Giving reasons for the attack in an interview with BBC Pidgin, Gololo said the herdsmen were only defending themselves from thieves, adding that over 1000 cows were stolen at Nengere, a community in the state when the herdsmen were moving out of Benue to Taraba state. “As we dey relocate go Taraba State through Nassarawa State, for border town of Nengere, thief come collect 1000 cows from us, so we sef fight dem back” [sic], Gololo told BBC Pidgin.

Gololo told BBC Pidgin that the crisis broke out while the herdsmen were trying to protect and defend themselves and their property.

On Wednesday, January 3, youths in the state protested in Makurdi, the state capital, calling on President Muhammadu Buhari to do something or resign.

Reacting to the call, President Buhari sent a high-powered delegation led by Abdulrahman Dambazau, minister of interior, to the state to commiserate with the people and also find a lasting solution.

The President also directed the police to beef up security across the country.