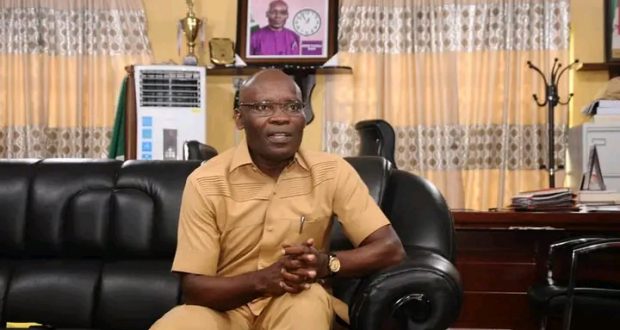 … says COEASU should follow due process, as strike is not a military formation

Provost of the Akwa Ibom state College of Education Afaha Nsit, Dr Daniel Udo, has said that academic and non-academic staffers of the college have no cogent reason to go on strike as the state government has provided the facilities needed to make the college a vibrant citadel of learning.

In a chat with journalists on Thursday, 16th June 2022, the provost maintained that the college could boast of having the academic manpower that could compete with any College of Education in the country, saying that in terms of academic infrastructure, College of Education Afaha Nsit stands out.

The provost further explained that, COE Afaha Nsit will not join the industrial action because COEASU has not followed due process as stipulated by law. “I must say the strike as announced has violated due process in all ramification.”

“I expect the Chairman of COEASU Afaha Nsit chapter to legitimately and as a matter of duty address congress,take a resolution concerning the purported strike before any other action,as anything short of that will be regarded by management as abandonment of duty, and the college will not take it for granted.”

“As provost of this College I do not treat staff welfare with levity, Lecturers in Afaha Nsit are not owed even one month salary, all entitlements have been paid up to 2020. Since I came on board, have tried to rebuild the bad image the institution was known for in the past. Since October 2019 we have leave no stone unturned to ensure a stable academic calendar devoid of in​ces​sant strike action by unions,” Udo explained.

He noted that his three point agenda as the provost of the college is student, student and student, because without students, according to him, they will have no business being in the College. He further disclosed that his administration has put in the best hands and brains in transforming the college to meet the academic standard.

The provost, however, thanked governor Udom Emmanuel for the opportunity to serve, said his administration had adequately funded the college to wax stronger, adding that it is achievable because of his love and passion for education.

Udo urged staff and students to go about their academic activities,as management team is working assiduously in providing the best learning environment for all.