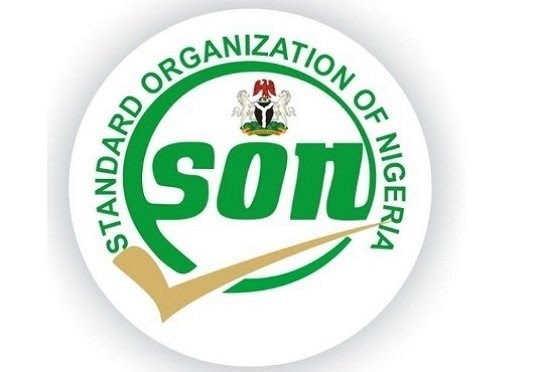 Standard Organization of Nigeria has given Akwa Ibom people and aliens residing in the State the assurances of having quality products for their money.

The Organization Acting Coordinator in Akwa Ibom State, Mr. Oyawopo Abdulrazaq drop the hint on Thursday, January 7, in a chat with newsmen in his Federal Secretariat Office, Abak Road, Uyo.

Speaking on the efforts made by his organization to rid the markets of fake, adulterated and substandard products, Mr. Oyawopo Abdulrazaq said his routine monitoring visits to factories, manufacturing outlets, shops and markets gives his organisation a first hand knowledge of what obtains in the production chain thus keeping manufacturers and producers of consumer products on their toes in regards to SON laid down standards.

He intimated, that constantly embarking on supervision to these places to scrutinize, evaluate, supervise, enforce and punish erring manufacturers sends a no-nonsense message to those who may want to shortchange the consumer through adulteration and other unlawful acts in the course of producing products meant for the public.

The Standard Organisation of Nigeria officer who confirmed that he has severally seen producers giving above and below the law recommended quality and quantity, promised to put mechanism on ground to ensure that neither the producer nor the consumer is at a loss.

Mr. Abdulrazaq reveled that there are three stages of monitoring embarked upon by his organisation; at the foreman stage, the quality control and at the loading point.

He said when the number of erring organizations exceeds two or three, cautioning will then be ignored for sanction which entails paying fine to deter future recurrence, informing that the option of fine will follow just after the facility had been seal off.

He stressed the need for sanction as a mechanism to enforce compliance if the standard expected must be achieved and that the fine ranges from fifty to a hundred and fifty thousand naira, depending on the offence committed.

Mr. Abdulrazaq promised a hitch-free operation in Akwa Ibom with the completion of Standard Organisation of Nigeria office along Udo Udoma Avenue which he said is equipped with an ultra modern laboratory.

On products qualified or expected to be in the market, the SON boss emphasized that no product without Nigerian Industrial Standard (NIS) logo, the manufacturer’s logo, Identification logo, Certification tag from MANCAP, should be found in the market and if found should not be bought or patronized by consumers and users.

Though he absolved SON of high handedness of any form, he however said the fine is one which is not expected to put the manufacturer out of business and that consumers and users of manufacturers products has been informed adequately of the products they should not patronize as jingles are often put out on radio to benefit the public.

He decried the non-existence of the Manufacturers Association of Nigeria (MAN) Office in Akwa Ibom State, as Akwa Cross only have a joint office situated in Calabar hence, making his job herculean while in the same breath, pledging to give his best.