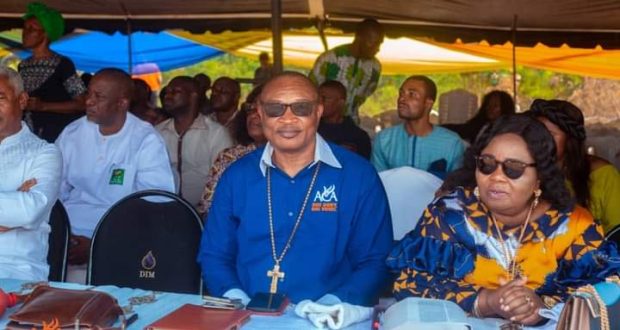 The President of Akwa Ibom Christian Assembly (ACA), Archbishop Cletus Bassey, has has declared that his association is yet to decide who it will support for the governorship of Akwa Ibom State in 2023.

Archbishop Bassey also chided political leaders in the state, saying that they lacked the wherewithal to choose who the people would vote for in 2023.

Bassey, who spoke at the December prayer meeting of the association, said that the people have the right to support any party and candidate of their choosing, hence are determined to resist all forms of bullying.

Archbishop Bassey warned political leaders in the State to stop intimidating the people against their will ahead of next year’s election, saying that no amount of intimidation would change the will of the people.

“ACA will not carry last, we will decide on who to support in 2023, when we do, we will go out house-to-house to campaign for the person”, he assured the Assembly.

“We will not continue to allow this divide-and-rule to take place in Akwa Ibom. Everyone has the right to choose whoever he she wants to support. Intimidations and manipulations will not change people’s mind.

“Therefore, stop intimidating Akwaibomites. Stop trying to manipulate things. Stop looking for who to bully. Those things will not work. We are of age.

“The more you bully Akwa Ibomites, the more we are stronger. So, stop the bullying. Stop the intimidation and the manipulation.

“Some of us have been very quiet because the Lord has kept us in the place of prayers. When He releases us, Akwa Ibom will hear us.

“Therefore, there is no reason to manipulate. Where did we get this nonsense from, that everybody will have to follow one direction? This nonsense must stop. You have the right to choose who you want; who you believe in. So, stop threatening people”.

Bassey called on Akwa Ibom people to exercise their right to make informed political choices in 2023.

“Intimidation and manipulation will not change the will of Akwa Ibomites. Stop threatening people, stop bullying, the more you bully, the more resolute we are. You have the right to choose who you want to, who you believe in and who you think will represent you well.

“Akwa Ibom people listen to me, you have the right to choose whoever you want to. I encourage you to make that choice.”

Archbishop Bassey, a former Chairman of Christian Association of Nigeria (CAN) and the Pentecostal Fellowship of Nigeria (PFN) Akwa Ibom state and founder of Destiny International Mission, said ACA is inching towards registering one million members in the State.

While noting that ACA, a non-denominational prayer group of church leaders in the state, has grown in numeric strength recording record of new registrants, the Archbishop advised members to avoid speaking profanities against fathers of faith in the State.

“There are people who tried to destroy ACA, but they cannot. I want to send a message to the church that ACA is strong. ACA is bigger and stronger today than it was in 2019, more groups with membership spread across the State have registered with us. We are targeting one million members, we are getting there.”

In an exhortation, the Vice President of ACA and the Senior Pastor of Increasing Faith Church, Eket, Rev. Smith Ukpong
going through spiritual refinement, noting that the State will emerge pure like gold at the end of the purification exercise.

In another exhortation on the topic, “Power to escape evil trap”, Rev. Angela Ashong, said ACA has remained constant in prayers of liberation for the State.

The prayer meeting received ministration in songs from the united intercessors group. 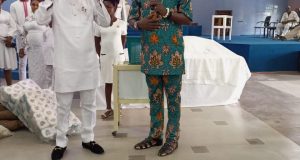 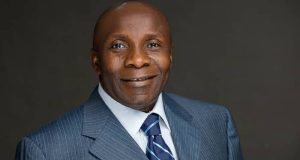 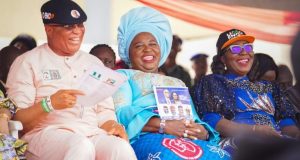