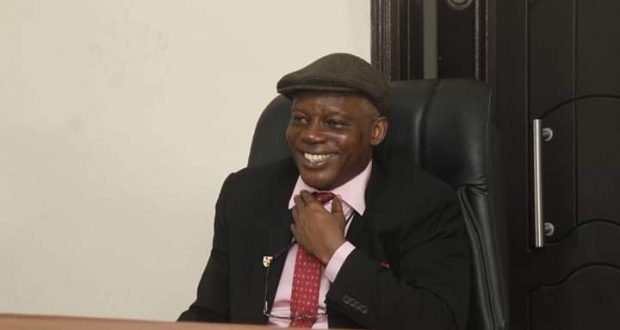 The commencement of the Akwa Ibom State Judicial Panel of inquiry offered hope to all victims of police brutality in Akwa Ibom state. The panel which is chaired by retired Justice Ifiok Ukanna has been largely celebrated owing to the pedigree of the retired high court judge and the integrity of other members of the panel. The panel which commenced sitting on Monday had the participation of several activists and members of the civil rights organization.

As the panel commenced sitting, Justice Ukanna said that people seeking justice are assured of it. Justice Ukanna is one of Akwa Ibom’s most reputable retired high court judge. He offered many earth-breaking judgments while in service. He retired in February 2020 with a loud ovation. Commentators say that his appointment is an attestation that Akwa Ibom State government is sincere and genuine about the pursuit of justice for all victims of police brutality.

In his address, Justice Ukanna commended governor Udom Emmanuel for being one of the first governors in Nigeria to respond to the national call from President Buhari to set up a judicial panel of inquiry. He affirmed that the eight member judicial panel was a substantial representation from the civil society, youth groups, legal practitioners and a legal police officer who happens to be a legal practitioner. He said that the composition of the panel was enough assurance that victims seeking justice will find justice. The chairman extended wide invitation to all known and unknown victims of police brutality to submit written complaints in a form of memoranda to the panel beginning from the 26th of October to the 13th of November.

“I want to appeal to all concerned to avail themselves of the opportunity presented by the setting up of this panel. Alleged wrongs can only be redressed if victims of police brutality and human rights violations step forward to be heard. Also, the methods of policing that fueled brutality and human rights violations can be changed if alternatives are articulated by well-meaning citizens “, he Justice Ukanna.

On his part, the Attorney General and Commissioner for Justice of Akwa Ibom State, Barr.Uwemedimo Nwoko assured that government will not influence the panel in any way. Nwoko added that the issues to be entertained by the panel were not against the Akwa Ibom state government and that there was absolutely no need for government interference. His comment came following issues of trust made known by journalists and other members of the public. He encouraged all victims of police brutality in Akwa Ibom state to seize the opportunity and be heard.

“We have to believe that this won’t be business as usual. This is your opportunity to be heard. They may have been issues of failed implementation in the past but this promises to be different. If you don’t take this opportunity to pursue justice, there may not be other options. However, your issues must be genuine “, Nwoko said.

Chairman of the panel, Justice Ukanna also stressed that it was important for complainants to present issues with evidence. “This panel is spirit filled but in the spirit of the law, the holy spirit doesn’t give evidence. Your issues should come with evidence. Hire a lawyer that can lead you to evidence if possible “.

The chairman also assured that the issue of compensation for victims of police brutality will be taken very seriously while recommendation for prosecution of defaulted officers will be done.

A call for memoranda signed by the secretary of the panel, Mfon Edemekong says members of the public has fourteen days from the 26th of October to make all entries. The panel will resume sitting on the 16th of November 2020.