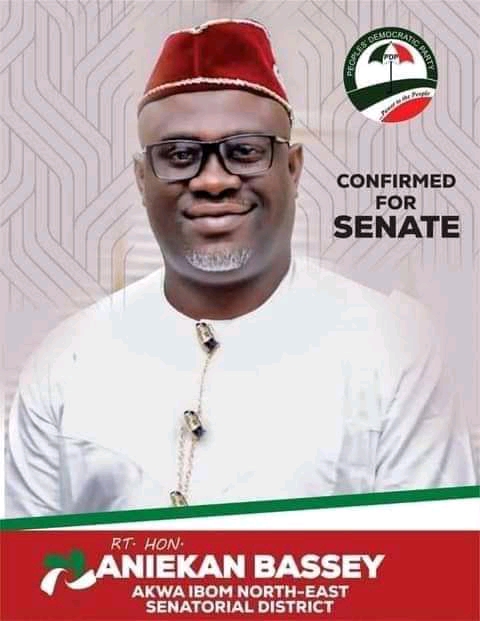 The race to all political offices is around the corner. The opinion of the people is divided into two unequal parts where majority wants zoning of political offices to rotate among the different political bloc while the other few insist on a free for all contest. Though the constitution allows a free for all contest, but for brotherliness, love and peace offices should be shared into different blocs and zones.

Ita Enang emerge the choice not because he was the most qualified but because in 1992, Itu state constituency represented the district in the senate with Senator Anietie Okon seating on that seat for Uyo Senatorial district. Same from the same Itu/Ibiono federal constituency, the current two term law maker, distinguish Senator Bassey Albert who has already joined the guber race, will be completing his eight years tenure come 2023.

As the 2023 election draw closer, prominent citizens, including elders, traditional rulers, political leaders, as well as social political groups in Uyo Senatorial District have agreed that Uruan State constituency under Uyo, Ibesikpo Asutan,Nsit Atai and Uruan federal constituency be allow to produce the next senator for fairness, justice and equity.

It is also on record that Ibesikpo Asutan is another local government that is yet to produce a senator but because they once had an elected governor, Uruan now stand a better chance of producing a senator, having supported other local Government Area all this donkey years. This explains why Uruan have unanimously queue behind Rt. Hon. Aniekan Bassey for the top job, having being tested and trusted in legislative business.

Political antecedents and precedents shows that any time a bigger political office is zoned to the federal consituency of the incumbent Assembly Speaker the equation favours the Speaker like in the case of RT.Hon. Sam Ikon and RT.Hon. Onofiok Luke.

This message is a clarion call for all those who championed the rotation of the above subject matter, for them now to allow the seat to go round so that others that are still queuing can also seat there. Truth be told, if zoning is not followed strictly when will Etinan, Nsit Ibom, Ibesikpo and Nsit Atai have a shot? Supporting Uruan now means the others will soon have an opportunity. This is in line with our party’s belief in fairness, justice and equity.

Now that Uyo Senatorial District are on the same page with our party as far as sharing and rotating the senate seat, let us search inwardly and go for a grassroot democrat who has the people’s interest at heart. Whoever goes to the senate for us in 2023 should be accessible and ready to take the problem of his people as his personal problem and look for ways to either solve it or cushion its negative effect. Being accessible implies that apart from presenting our common problem he should also come home to brief us on actions so far taken since our problem was presented on the floor of the senate. We need somebody who will come home with a good account of his representation and not one of those who will only vibrate on national issues while the people at home continue to suffer deprivation.

Just as we yearn for dividends of democracy and sustainable entrepreneurial development, Uruan Delight Group, a socio political group in the state have call on all and sundry to join hands and support RT. HON ANIEKAN BASSEY to the Red Chamber for an all inclusive Representation.