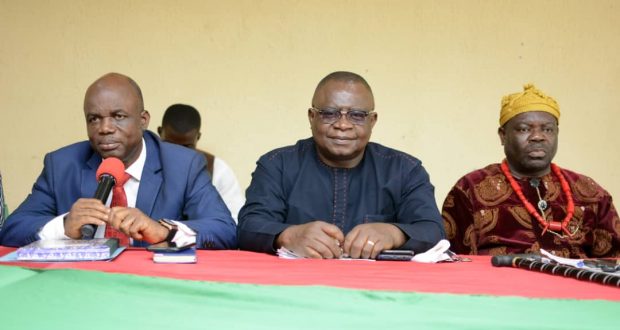 The Administrative Panel of Enquiry on the Uyo Mechanic Village crisis has informed members of the public that the crisis which occurred on Friday, September 30, 2022, which led to the closing down of the facility has nothing to do with ethnic war, but rather a disagreement which triggered a fight between two apprentice one Douglas Ime Udo and Nwankwo Samuel Ugochukwu who are not up to the age of accountability.

Chairman of the Panel, Barr. Victor Akpan who briefed journalists immediately after the end of the public hearing on Wednesday, September 12, 2022, said the panel has received 14 witnesses from the affected unions, comprising of the spare part dealers association, Mechanic Village union, technicians, and the host community.

Barr. Akpan said “Our findings have revealed that the incident that occurred on 30th of September 2022, was a fight from hustlers and not from the shop owners and have nothing to do with ethnic war. Mechanic Village was established 40 years ago for the purpose of business.”

He further explained that the facility is of great economic value to the state, noting that the government after their recommendations will open the place fully for business as many livelihoods are connected to the daily operation of the facility.

The legal icon advised all parties involved to relate well with one another while thanking all and sundry for their cooperation throughout the period of investigation, he informed that recommendations from the panel will be communicated to the Executive Chairman for further action.

First to make an appearance on the final day was the Chairman Spare Parts Dealers Association of Nigeria, Mechanic Village branch, Mr. Okeke Charles Uchenna who testified and gave his information on what happened during and after the incident.

Mr. Uchenna explained that his association popularly known as Axe and Mallet Association with over 50 members conducted itself in line with the requirements of the law devoid of any kind of criminal activity.

Speaking on various allegations levelled against the association by the community, including having firearms in their possession, hoisting of flags, raped, selling of hard drugs, etc, Mr. Uchenna informed the panel that they only deal on spare parts and scrap, as any other thing outside that those found wanting should be duly investigated and prosecuted by the security agency.

He appealed to the government to station security post within Afaha Offot community to checkmate crime if possible give them a new site that would accommodate more people.

On his part, the Chairman of Mechanic Village Management Committee, Mr. Ekanem Etuk who appeared as a second witness told the panel that, he took Douglas, the victim to C’ Division, and made a report. He assured them that such calamity will not repeat as they have learnt their lessons.

Previous: What We’ve Done In Mkpat Enin Is From Mkpat Enin’s Allocation -Hon Mercy Bassey
-Predicts Victory For PDP In 2023
Next: Being abused as a child inspired my foundation for abused children -CAPIOR Founder