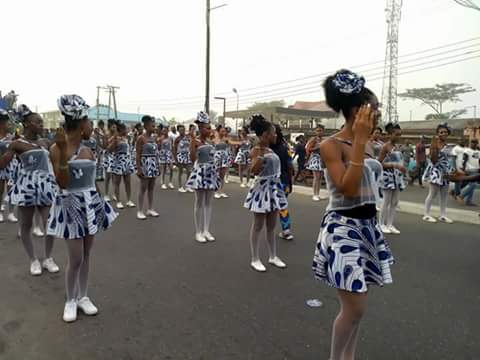 The atmosphere of Uyo, the capital city of Akwa Ibom State, was ignited with extreme excitement as indigenes of the state, on Tuesday, 26 December, 2017, hit the streets in their great number for the flag-off of Ukapisua. Flagging-off the ceremony, the state Governor, Mr Udom Emmanuel, who was represented by his deputy, Mr Moses Ekpo, stated that Ukapisua is a two-day festive event packaged to showcase Akwa Ibom as the No.1 tourist destination for Nigerians and tourists from around the globe. The Commissioner for Culture and Tourism, Rt Hon Victor Antai, while setting the tone for the event, noted that the word ‘Ukapisua’ means “the end and turn of a new year” as people in the state plan and host festivities around the Christmas period.
He said that the event is primarily designed to create entertainment and recreation while serving as a platform to market the huge tourism potentials and investment opportunities in Akwa Ibom State. The artistes led the different bands in their trucks from the University of Uyo, Town Campus Annex to the Unity Park at Udo Udoma Avenue, Uyo. Previous: Aisha blast Buhari over fuel scarcity, failed economy
Next: A Flop Of A Carnival As Passion 4 Emerge 2017 Winners