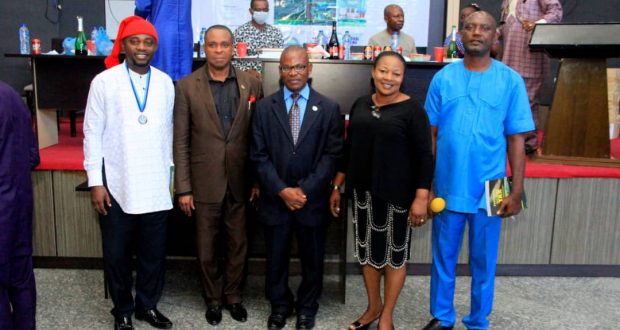 The President who acknowledged that the State Governor had identified with some extraordinary citizens in the past also solicited for the extension of such goodwill to members of the Uniport Alumni Association in the State who have distinguished themselves in research and development towards the socioeconomic advancement of the State. The President who was physically delighted at the event, poured encomium on Mr Ekpo for a job well done and for making Uniport Alumni Association proud. He assured Mr Ekpo that the Association shall showcase his good works and continue to call on the State Government and corporate bodies to accord him due recognition for such exceptional academic work.

The book Personal Income Tax ( Direct Assessment) has four wide Chapters and 566 pages and the PITDA Software App which is reportedly the first known software app on tax assessment to be launched by an Akwa Ibom citizen will serve as a relief as it will promote the exercise of speedy accurate revenue calculation and collection in the State and Country.

The President called on both government and private sectors to take advantage of these wonderful masterpiece for the enhancement of revenue programmes in the State and country.