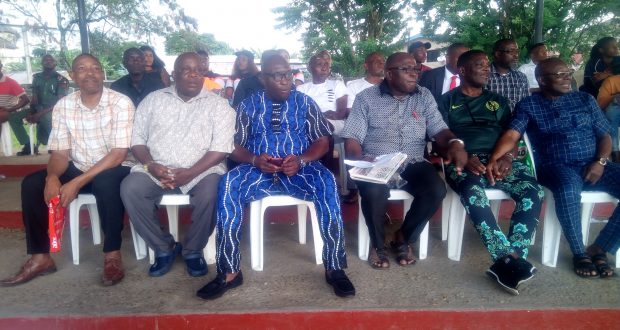 Macito football club today defeated Algon boys by 1 nil in an opening encounter of Udom National Under 17 championship played at the University of Uyo mini stadium.
The goal which came at the second half of the game by the Macito stricker threw fans and spectators into jubilation for recording a goal at the opening match.
Declaring the tournament opend, Hon. Saturday Akpan Who is the organising secretary of people Democratic Party PDP, and also a former house of Assembly member for Ukanafun advised the players to adopt fair play in their matches to avoid injuries during the competition, while charging them to see the tournament as a ground to display their dexterity in sports as well as self development for future opportunities.

Previous: Udom Under 17 Tournament Set For Tomorrow.
Next: 32 Years of Statehood, Osinbajo To visit A’Ibom For Projects Commissioning.