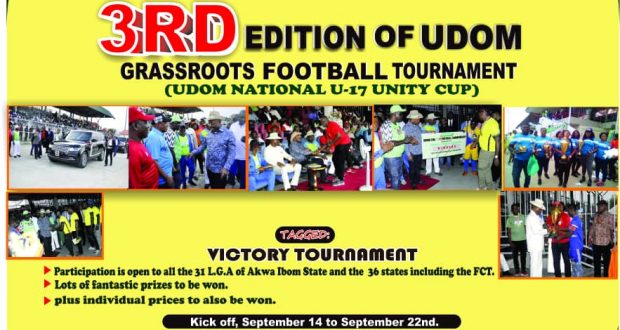 The organisers of Udom National Under 17 championship announced the the extension of registration for a period of 2 weeks .

The decision to extend the registration period is against the backdrop of many pleas from youth teams, Local government Areas as well as academies to sort themselves out .

According to the main organizing committee who stated that the committee wants to be fair to all an sundry who wish to take part in the competition.

The chairman stated that the committee has received a lot of calls from various team pleading for an extension hence the committee resolves to extend the registration for 2weeks and the new registration closes at the stadium during the draws on the 13th September ,2019.