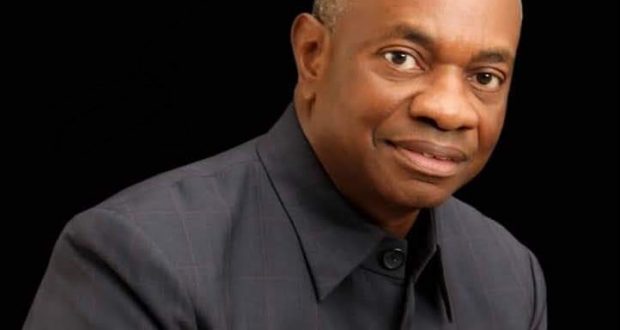 …urges journalists to tap into the opportunities in the global media space.

The advisor to Inoyo Toro Foundation, Mr Udom Inoyo has inaugurated the committee for the Ray Ekpu Award for Investigative Journalism for journalists resident in Akwa Ibom State. In his remarks to the committee, Inoyo enumerated the role the quartet of Dele Giwa, Ray Ekpu, Dan Agbase and Yakubu Mohammed played in charting a reputable and noble path to investigative journalism in Nigeria.

Inoyo said that he was inspired to honour the value of hard work and tenacity and recalled that, “In 1985, some four young men driven by the passion to elevate the practice of investigative journalism founded Newswatch Magazine. These four young men; Dele Giwa, Ray Ekpu, Dan Agbese and Yakubu Mohammed would radically re-define and elevate the practice of investigative journalism in Nigeria. It was one of the most impressive eras of journalism in Nigeria. Newswatch became the hallmark of excellence and perhaps some sort of annoyance to those in power. Of course true journalism should naturally cause not just positive change but should have the courage to speak to power. Newswatch did so with classic panache fuelled by professionalism. The squad of the four gentlemen earlier mentioned represented the golden era of journalism and our dear son and brother; Ray Ekpu was a key player in that movement.”

He went further to highlight some of the concerns encumbering the practise of journalism by stating why Inoyo Toro Foundation has deemed it important to re-position the profession. “Journalism like teaching is often referred to as a thankless service. In very recent times, the practice of journalism has lost its once positive sting and lure but I think that it is our collective duty to restore the dimming reputation of the practice, elevate the profession and reward excellence. Our vision therefore is to inspire our journalists in Akwa Ibom State to tap into the opportunities in the global media space. This is our first outing in this area of human capacity development and we trust that our collective aspiration would be realised.”

Mr. Udom Inoyo, the immediate past Vice Chairman of ExxonMobil Companies in Nigeria and an advisor to Inoyo Toro Foundation observed that the Ray Ekpu Award for Investigative Journalism is not just an honour to him but it is all meant to call attention to the professionals of this noble art to uphold the tenets of fair and accurate reportage as the world looks up their integrity, passion and service as the watchdog of society. While they report with diligence, the onus rests on us to celebrate those who dare to brace the tape of investigative journalism.”

Responding the Chairman of the Committee, Mr Nsikak Essien, former editor, National concord newspapers opined that “Mr Ray Ekpu has made a big name as Akwa Ibom state’s poster Boy for good journalism. His story on the journey to the peak of professional journalism practice is very familiar and common. Therefore a prize dedicated to honour him for his achievement on journalism practice in Akwa Ibom State in particular and Nigeria in general is befitting.”

Mr Kayode Komolafe, the deputy Managing Director Thisday Newspaper and a board member of Inoyo Toro Foundation, eulogised Ray Ekpu as a great journalist and a respected brand adding that the well-deserved award in his honour would inspire professionalism in the state.

Mr. Akpandem James also commended Inoyo Toro Foundation for instituting the Ray Ekpu Award for Investigative Journalism adding that this award would differentiate the men from the boys as it would help define the true essence of journalism. He stressed that this exercise would be independent of Nigerian Union of Journalists, Akwa Ibom State Chapel and Inoyo Toro Foundation.

Another member of the committee Prof. (Mrs) Ini Uko commended the Foundation for its vision in promoting professional excellence and pledged to support the Foundation to carry out the task with diligence.

The Chairman of Nigerian Union of Journalists (NUJ), Akwa Ibom State Council, Comrade Amos Etuk assured the committee that the State Council would support the committee to realise the objective of this epochal Ray Ekpu Award for Investigative Journalism in Akwa Ibom State. He stated further that the Council has begun to receive entries for the 2021 NUJ press week and annual award ceremony coming up in December 2021.

The Ray Ekpu Award for Investigative Journalism with a price tag of Five Hundred Thousand Naira (N500,000) is sponsored by Inoyo Toro Foundation.