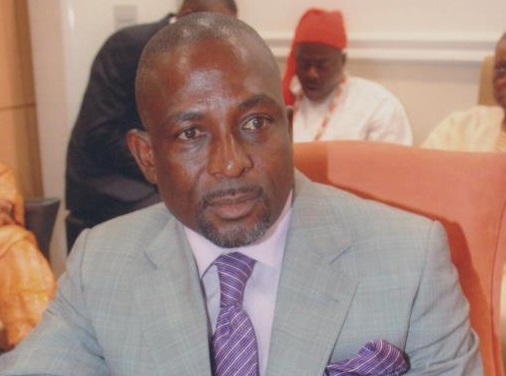 Daily Times gathered that Ibokette’s kinsmen were worried by the alleged threat and decided to petition the UTRC as well as security agencies over the matter, warning of drastic consequences against the PDP national officer

The PDP national officer was said to have issued the threat during a consultative visit to him by one of the aspirants to the Abak/Etim Ekpo/Ika federal constituency seat, Rt. Hon. Friday Iwok (Abak).

Ibokette, who is the Director General (DG) of the campaign organisation of the lawmaker representing the federal constituency, Emmanuel Ekon, was a one-time majority leader in the state house of assembly.

Our correspondent learnt that the PDP legal adviser is opposed to the third term bid of the incumbent federal lawmaker representing the federal constituency, and is insisting that it is the turn of Abak local government area.

A copy of the petition made available to reporters in Uyo, the State capital was presented with a symbolic palm frond and sharp stick (nnukpat), to the Paramount Ruler of Etim Ekpo, Edidem Amanam Udo and Enoidem’s Village Head at Utu Ikot Eboro community, Etteidung Sunday Udo Ekpo.

The President of Ukpum (Abak) Traditional Rulers’ Council, Obong Ofonime James Akpan, delivered the petition to the Paramount Ruler and the Village Head, accompanied by some of royal assistants including Obong Ofonime Nyong Inuenekpo, the Secretary of the Council.

“It has been brought to the notice of Ukpom Traditional Rulers’ Council that Hon. Emmanuel Enoidem, the National Legal Adviser of the PDP and immediate past Commissioner in Akwa Ibom State had during the Rt. Hon. Elder Friday Iwok’s consultation to him on his aspiration to the Abak\Etim Ekpo\Ika Federal Constituency seat at his Shelter Afrique residence in Uyo, on Saturday, June 23, 2018,

Openly told Elder Iwok and his entourage that he (Imoh Ibokette), former Majority Leader of Akwa Ibom House of Assembly and immediate past Chairman of the PDP in Ikot Ekpene Senatorial District, should be eliminated before 2019 general elections.

“The reason of this devilish plan and threat can be distilled from the fact that Hon. Enoidem is opposed to the aspiration of Rt. Hon. Emmanuel Ekon, a serving member of the House of Representatives, who is seeking for re-election in 2019, and for the more reason Hon. Ibokette, is the DG of his Campaign Organisation. To our understanding, politics is a game of interest and as such, one cannot compel another person to play in the same camp with him”.

However, the PDP legal adviser has denied issuing any death threat, saying he only described Iboette as a ‘traitor’ for supporting the third term ambition of the incumbent against the power rotation agreement that the seat should go to Abak in 2019.