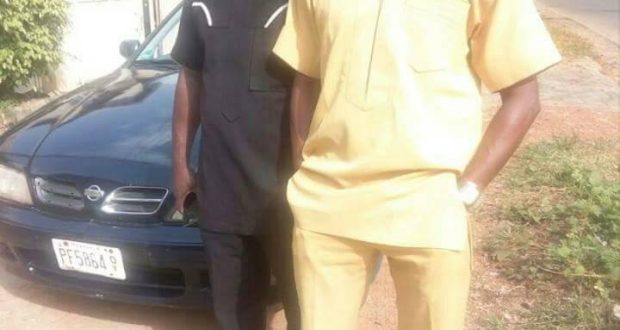 Nollywood actress, Ini Edo, and the Inspector General of Police, Ibrahim Idris, are among persons standing trial for allegedly masterminding the infringement of the fundamental human rights of two tourism consultants, Mr. Joseph Utin and Mr. Ubong Ekpe, by arresting and detaining the duo without trial. In a suit application dated 5th February, 2018, filed at the Federal High Court of Nigeria, Uyo, Akwa Ibom State, Iniobong Edo Ekim, SUPOL Dauda, SUPOL Chinedu and Inspector General of Police, Ibrahim Idris Kpotum, are listed as Respondents, while Joseph Utin (Mr.) and Ubong Ekpe (Mr.) are the Applicants.
A Motion Exparte filed by the Applicants sought for “An Order of Perpetual Injunction restraining the Respondents, their agents, servants or officers in Akwa Ibom State Command or any other Command or formation in Nigeria from repeating the arrest or detention of the Applicants or inviting them to Abuja.…”
It also prayed the court to compel the Respondents to pay the sum of Five Hundred Million Naira (N500,000,000) as damages to the Applicants  as well as a public apology published in one local newspaper and one national tabloid.
Reeling out the grounds upon which the reliefs are sought, the suit application disclosed that on October 20, 2017, the Applicants were arrested by the police officers sent by the Police Inspector General “in a commando manner as they were pushed and beaten by the officers as they were dragging the Applicants down the first floor of the building of the Applicants’ office.” “The Applicants were forcefully taken to the Police Headquarters of Akwa Ibom State at Ikot Akpan Abia, Uyo, where they detained till 8:00am the next day being the 13th day of October 2017 when the officers took them to the Airport where they were flown to the office of the 4th Respondents at the Police Headquarters in Abuja where the Applicants were again detained for another day at the Maitama Police Station from 8:00pm on the 13th day of October, 2017 to 2;30pm on the 14th day of October, 2017.
“The Applicants were granted bail on the 14th day of October 2017 without knowing what they did to the 1st Respondent that led to the arrest as at 2;30 pm and they were thrown into the street of Abuja to beg for money to pay their way back to Uyo…”, the Application explains.
It further revealed that when the Applicants, on invitation, went to the Inspector General’s office in Abuja on November 14th, 2017, for a scheduled ‘interview’, they were told that SUPOL Dauda and SUPOL Chinedu (2nd and 3rd Respondents) are out for election monitoring in Anambra State.
On the relationship between Ini Edo and the applicants, it was stated on the Suit Application that the Nollywood actress cum aide to Governor Udom Emmanuel on Tourism had contracted the services of the applicants to develop a Tourism guide, a deal which they reportedly agreed a consultancy fee of Thirty Million Naira.
The Applicants claimed that they offered their services including designing the proposal for the IbomFest Heritage Festival 2016 which was however cancelled because of the ill-fated collapse of Reigners Bible Church on December 10, 2016.
“The 1st Respondent was taking the glory but refused to pay the Applicants or produce the Memorandum of Understanding as they agreed with her. When the event was called off, the 1st Respondent abandoned the Applicants, refused to pick their calls nor respond to text messages.
“The Applicants were aware as a fact that all the subheads highlighted in the Tourism Development Blue Print for the State were funded including IbomFest Heritage Festival to the tune of Forty Million Naira for the initial marketing of the project besides the sponsorship support  from corporate organizations…”, it explained.
Ini Edo was accused of rebuffing rife attempts for an amicable solution.
The application however disclosed that the consultants are yet to be briefed on the content of the purported petition which the Police acted on to effect the arrest of the duo.
Justice Fatun Rilman of the Federal High Court, Uyo, adopted the suit application and fixed March 8, 2018, for first hearing.
2018-02-18
dozzier

Previous: Int’l Worship Center Accounts Still Open To Donations
Next: Nobody can expel or suspend anybody in APC.