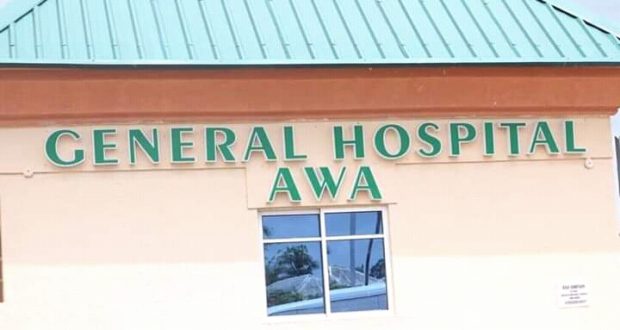 THIS IS THE BRAND NEW GENERAL HOSPITAL, AWA, ONNA LGA

The General Hospital Awa, Onna is nearing completion, another testimony of Governor Udom Emmanuel’s investments in boosting Healthcare delivery for the people of Akwa Ibom state.

The vision according to Sir Charles Udoh, the State Info Commissioner is to ensure that at least one state-of-the-art health institution is reached in any of the 3 Senatorial districts of the state within one hour driving space.

That explains why it became expedient for government to remodel, equip and upgrade health institutions across the state, with the General Hospital Awa, as one of them.

With the upgrade, the 55-bed General Hospital, Awa has received a boost in staff strength from the hitherto one Doctor and five nurses to Five Doctors and thirteen Nurses.

In addition all Departments, Units and Wards available in any other General Hospital in the state and indeed the country, are opened, with the complete compartmentalization of the hospital in addition to equipping it with modern state-of-the-arts medical facilities.

All the wards will have air conditioning system and linked to DSTV and telephones. There are facilities like automated motorized beds and baby cot, X-ray machine, state-of-the-art theatre equipment, Urine Analyser, Incubator, Haemalology Analyser, Electrolyte Analyser, Micropel 5 and the Blood bank.

And also the M&E room with internet facilities, CCTV, Intercom, control fire alarm and power panel. Other sections in the hospital include: the 10 wards for Male, Female, Children and Paediatrics, the Microbiology lab, the dispensary, the Doctors Call room area and the Mortuary with a 30 capacity dry and wet corpses cabin, the embalment room and the reception.

Governor Udom Emmanuel has put in place one 500 KVA generator, one 300 KVA generator and a diesel tank at the electrical yard to ensure adequate power supply in the hospital.

Governor Udom Emmanuel is investing in the health of Akwa Ibom people.