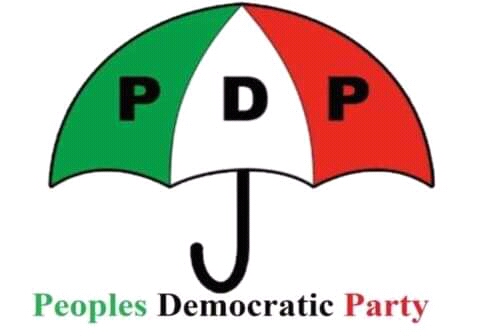 The Race For PDP Top Chair, Ikono The Right Choice.

Banjamin Franklin one of the founding fathers of United States, once said that justice will not be server until those affected speak out and demand for their rights and privileges.
With barely 9 months to the end of Paul Ekpo’s tenure as the chairman of people Democratic Party (PDP) some personality in the political circle in the state have beef up for the top job with their formidable background campaigns, but the question lies whice local government is more qualify for the job? Considering the current political scenario in the state to replaces the Etinan born politician.
Ikono local government the cradle of Ibibio Nation deserve the chairmanship position from all indications after been deprived of a seat in the state Executive Council for so long, even when some local government like Ikot Ekpene have two people in persons of Prof. Nse Essien, commissioner for Education and Mr. Sunny Ibuot special adviser to the governor on political and legislative affairs.
From the above explanations it could be deduces that Ikono have been treated unfairly when it comes to political appointment in the state, even when the local government is bless with plethora of best brains across the length and breadth of human endervous, well qualify an ready to man leadership positions of government, like the state legal adviser of the party Barr. Goddy Umoh and Barr. Moses Akpan chapter chairman at the local government level.
From a glance at the previous administration, it revealed that Mr. Joseph Edet Ating from Mbo led the party from 1999 to 2001, followed by Chief Tony Ememyi from Urue-Offong Oruko who led from 2001 to 2006 leaving the saddle for Chief Otu Ita Toyo from Udung Uko to pilot the affairs of the party from 2006 to 2008, in 2008 the Ibesikpo Asutan born politician, Uwem Ita Etuk chair the Party from 2008 to 2012 and was succeeded by the two term chairman obong Paul Ekpo popularly known as politics by chieftains of the party, who’s tenure ends next year.
It is on record that for the past 20 years now no body from Ikot Ekpene senatorial District have held the position, so zoning the chairmanship seat to ikot Ekpene senatorial District will be the best deal and Ikono local government will be the right choice, having consider key positions in governent both in previous and present administration that our Annang Brothers have led, like the deputy governor, Senate and National legal adviser of the party alongside the two men making the state cabinet.
The people of Ikono are speaking with one voice demanding that the PDP State chairmanship position come next year be zone in their favour for justice, fairness and equity as they have suffered marginalisation and non regconition in the senatorial District as a result of their minority status.
To this end, Ikono/Ini advocacy group led by Comr. Clement Eyo as the president are joining all and sundry to speak in one voice demanding that the PDP chairperson be zone to the federal Constituency for them to feel a sense of belonging.