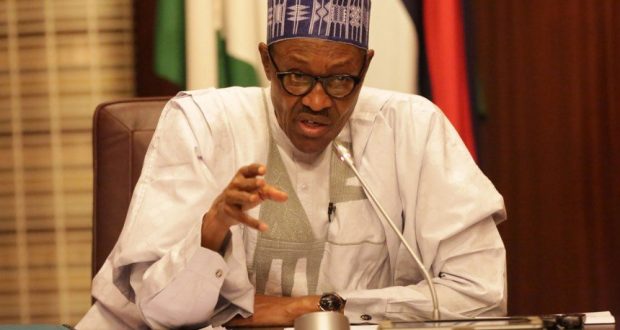 The Handwriting On Buhari’s Wall By Emmanuel Ugwu

There comes a time in the life of a failing leader when the tally of his actions and inactions establishes beyond a shadow of a doubt that he is helplessly incompetent and past redemption. That hour has come upon Muhammadu Buhari. The clock now ticks toward his moment of ultimate disgrace.

Buhari has lost credibility to the point of being a semi-legitimate president propped up only by the security of his tenure. His position has become supremely untenable. The most certain prospect ahead of him is an ineluctable downfall.

The open letter which President Olusegun Obasanjo wrote to Buhari is reflective of the prevailing bellwether in Nigeria. Obasanjo’s counsel of despair is no more than a simple interpretation of the handwriting on the Buhari’s wall: Muhammadu, you have been weighed on the scale and found wanting.

Buhari began to show disturbing signs of inadequacy early in the day. On the assumption of office, when he could have harnessed his head start of enormous goodwill to initiate a new order, he resigned. He surrendered to leisurely complacency. Instead of settling down for business, he gave himself to disowning his manifesto documents, passing the buck and touring world capitals. His complacency and lack of basic interest in making a success of his mandate saw him squander six months without putting a cabinet in place.

Buhari could not pretend to be animated by a sense of urgency.  His four consecutive presidential bids were actually driven by a bruised ego, not a bold vision of Nigeria.  His long quest to return to power was an attempt to remedy the humiliation he suffered when he was toppled in a military coup in 1985. It was that inner pain that prompted him to weep like an abandoned baby when his third run ended in another defeat and appeared to completely foreclose his second apotheosis.

His magical victory in 2015 eventually served to expose him as a man impelled by selfish ambition. After he won, he configured his administration as the incestuous conspiracy of a small charmed circle. His brazen spoils system overwhelmingly benefited tribalism, insularity, and mediocrity. His wife, Aisha, did him the favour of publicly denouncing the shutteredness of his cult and warned that it would make his presidency a failure. His response was chauvinistic humour: she belonged in the kitchen and the other room!

Buhari’s doctrine of nepotism and cronyism proceeds from his narrow worldview. His small-mindedness restrained him from giving himself the permission to headhunt outside the concentric circle of his tribesmen and hangers-on. A xenophobe at heart, he is inclined to lean towards individuals whose identity and ideology profile overlap with his. This explains his nomination of departed souls for public office: he would rather tap the dead he knows than the living he doesn’t!

To be fair, nepotism, and cronyism have always been part of Nigerian leadership pathology. Buhari, however, broke the record with his naked sectarianism. He distinguished himself with his overt commitment to expressing his clannish instincts in a manner that provokes feelings of alienation. He neither respects red lines nor makes concessions in even situations where propriety and commonsense demand a gesture of fairness and firmness.

Buhari’s steady response to the killer herdsmen has always been appeasement, appeasement and appeasement. He obviously panders to this terror group because of Freemasonry and kinship. He cannot so much as affect outrage in the wake of each slaughter, even if for the sake of appearance. This is consistent with his proclivity to wink at the criminal destruction of the other: he approved of the massacre of 350 Shiites in Zaria in December 2015 and rationalized the extrajudicialkillings of pro-Biafra activists.

Buhari takes pride in claiming to have degraded Boko Haram, but by pandering to the killer herdsmen and incentivizing their bloodletting campaign, he has cancelled out the modest gains he achieved in reducing the capacity of the Haramists to kill and hold territory. He has created an alternative monster. He has grown a death cult as sanguinary as the demented disciples of Mohammed Yusuf.

Buhari’s clannishness is same the reason why his signature ‘’war on corruption’’ has failed to make Nigeria a saner space. He filters cases of corruption through the lens of affinity. If you are as close and dear to him as Sani Abacha, he would proclaim you innocent and worthy of paradise. If you are as distant as a stranger, he would condemn you and send you to hell.

This is why the multitude of sins of the thieves in his orbit are covered while the transgressions of others earn them show trials. It is the reason why defection to his camp means amnesty.

Buhari is nothing more than a monumental heartbreak. He was a very flawed candidate but many Nigerians imagined that his uprightness would compensate for his foibles. They reckoned that the mythologized man of integrity would be the very antithesis of the ‘’ineffectual buffoon’. They presumed that he was only viable alternative to the Jonathan-led kleptocracy.

Buhari has proved the hope misplaced. He has shown that the ‘’integrity’’ projected on him was not resident in his character. He has shown himself empty of that supposed saving grace. Nigerians had simply embraced a messiah in the likeness of their optimism.

Buhari would have remained a hero if he didn’t become president. The proving ground of power thoroughly demystified him and left us nothing to admire about him. Until he became president, he existed among the honourable pantheon of Nigeria’s alternate history. He was lovingly profiled as one of the good presidents that Nigeria never had.

Everybody now knows the result of the acid test. Buhari’s performance tells its own tale. He has become as much a threat to national security as his predecessor was in the run-up to 2015 election. He is presently the mirror image of Goodluck Jonathan.

Jonathan’s regime was a long night of gang robbery. Buhari’s administration is a rescue mission that devolved into a disaster. Jonathan ran a government in which all officials seemed to be working in concert to bankrupt Nigeria. Buhari is running a placebo-effective anti-corruption regime, a noisy crusade bedeviled by the infighting of his mutually antagonistic aides.

Furthermore, Jonathan allowed Boko Harm to metastasize. He theorized that it was a creation of his political opponents. Buhari has given the nomadic prowlers carte blanche to operate. His administration’s singular concern is the fact that people are emoting over the herdsmen menace  and ‘’politicizing’’ it …instead of relishing the massacres like a fantastic horror movie!

It’s now clear that the emperor has no clothes. The three decades Buhari spent as a private citizen had not transformed into a useful leadership material. He has not reinvented himself or stretched his mind in any remarkable way. He is at peace with his stubborn, unreconstructed, and neanderthal self. He lacks the aspiration that
make leaders strive to attain greatness.

Frankly, the problem with Buhari is something more serious than his unsuitability. The real problem is his conceit. He is just as incapable of appreciating his inadequacy on his own as he is
impervious to any suggestion to take steps to address it.

A second term will not improve Buhari or gift Nigerians an experience of better leadership. He is essentially resistant to change and dismissive of opportunities for personal evolution. He is a hard fossil, a museum piece that needs retirement.

A few siren voices have been calling on Buhari to re-contest in spite of his poor record and shaky health. He would be foolish to take the bait. They are simply setting him up for defeat. Many Nigerians are champing at the bit to sack him.

His second term is an impossible proposition. The enlightened populace recognizes that the stake is higher than the tragedy of Buhari’s underperformance. The question is whether Nigeria will survive his first term as a corporate entity. Not whether she can risk another four years of teetering on the precipice.

Previous: Road Infrastructure Renaissance In Oro Nation & Their Promise To Udom In 2019
Next: Itu Chairman Calls For Participation In Inec Voter’s Reregistration Exercise.