Breaking News
Home / Breaking News / The former Secretary to the Government of the Federation (SSG), Ufot Ekaette, is dead. 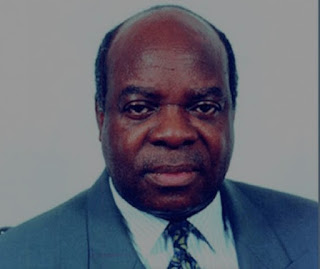 The former Secretary to the Government of the Federation (SSG), Ufot Ekaette, is dead.

Mr Ekaette, 80, from Akwa Ibom State, was once a deputy governor of the state in the era of military rule in Nigeria.

He was appointed SGF in May 1999 by the then President Olusegun Obasanjo.

He served Mr Obasanjo’s administration in that position for eight years and was later appointed the first minister of the Niger Delta Affairs ministry by the late President Umaru Yar’Adua.

It is unclear for now when Mr Ekaette passed on.

The statement signed by the president’s spokesperson, Garba Shehu, said the former SGF was “a gentleman who had given his best in the service of his country”.

“The late Ekaette would always be remembered not only for his remarkable public service record, but also because of his immense contributions towards bringing peace in the once-troubled Niger Delta region,” Mr Buhari said.

“His demise comes at a time when voices like his own are needed to move Nigeria forward in the face of daunting challenges.

“His contributions would never be in vain as the country would always appreciate and remember his great contributions,” he said.

The president condoled with the late Ekaette’s family, the government, and people of Akwa Ibom State, and prayed for God to comfort them.

The late Ekaette was a career federal civil servant and was a principal secretary to Nigeria’s military head of state, Yakubu Gowon, from 1968 to 1975.

He was a permanent secretary, federal ministry of industries, ministry of works and housing, and later director-general, ministry of social development, youth, and sports, and budget and planning.