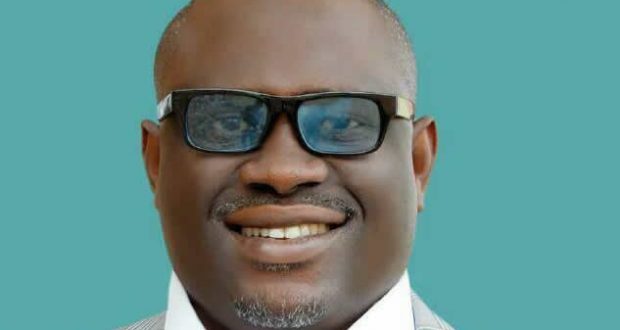 The emergence of Rt. Hon. Aniekan Bassey as Speaker is Divine and Historic.

The emergence of Rt. Hon. Aniekan Bassey as Speaker of the Akwa Ibom State House of Assembly has been described as divine and historic. Prince Inyang Ekpe Atakpo, the international President of Uruan Unity Project (UUP) disclosed this in a congratulatory message made available to newsmen.

Speaking on behalf of the entire members of UUP, Prince Inyang described the election of their son to head the 7th Assembly as well deserved and that his group joins the hosts of heaven and millions of Akwa Ibomites to chorus songs of thanksgiving to God for causing His benevolence to shine upon Uruan Nation. He said it was the first time Uruan will occupy the number three citizenship position in the state and urged Rt. Hon. Aniekan Bassey to remain resolute in his resolve to contribute to the development of Uruan and Akwa Ibom State.

“On behalf of my family and the entire members of Uruan Unity Project, I, Prince Inyang Ekpe Atakpo, wish to congratulate our son and brother, Rt. Hon. Aniekan Bassey on his well-deserved election as Speaker of the Akwa Ibom State House of Assembly. His emergence is divine as history has been made that Uruan for the first time will occupy the number three citizenship position in Akwa Abasi Ibom state. It is indeed testament of the fact that God rules in the affairs of men; that power and authority belongs to Him and He gives the kingdom to the chosen. As humans, we may plot our graphs and do our permutations based on happenings around us but there is always a God factor in our lives. It is that God factor that played out in the emergence of Aniekan Bassey. The life of the elected Speaker has not only been exemplary but that of inspiration and motivation to our Youths and the entire Uruan nation. We are indeed proud of this elevation and promise to support Mr. Speaker till the end. This is indeed watershed in the history of Uruan Inyang Atakpo.”

Prince Inyang described the business mogul turned politician as one whose non-violent character, humble disposition and philanthropy since coming on board in 2015 remains legendary and is epitomised by the peace and progress Uruan Nation has enjoyed in the last four years. He said Rt. Hon Bassey has put smiles and joy back on the faces of Uruan people by championing peace, development and unity. The UUP leader added that the leadership qualities and exemplary life of Speaker Bassey is captured in the words of Admiral Stockdale who said that, “Men of service and impact are never out of job and never out of followers; they do not pass this clime often. They are part of a rare breed of whom service is life itself.”

Prince Inyang thanked His Excellency, the Governor of Awa Ibom State, Mr. Udom Emmanuel for providing the level-playing ground and support for Rt. Hon Bassey to emerge victorious. He also congratulated the number one Citizen of the state for his victory at the polls and swearing in as Governor. He also appreciated Mr. Udom Emmanuel for the massive infrastructural development extended to Uruan Nation stating that the acts of the governor will remain indelible in the hearts of Uruan people.

Prince Inyang prayed God Almighty to bless and make the tenure of Rt. Hon. Bassey the eventful, grant him the wisdom, knowledge and divine guidance to succeed in his new assignment of synergizing with other members of Team Akwa Ibom to take the state to Eldorado.

Previous: Parents Of Newborn Triplets Thank Martha Udom Emmanuel, Call For More Support
Next: The other side of the prophetic ministers