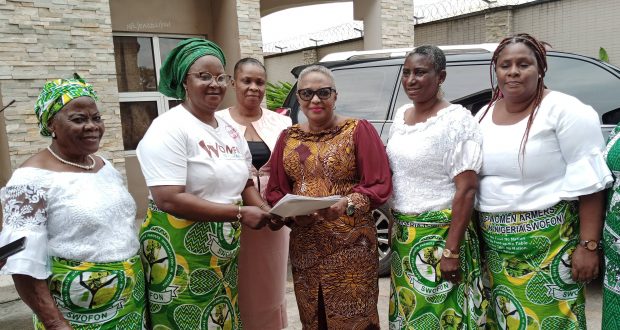 In the last few years, the Nigeria agricultural sector has been considered as been underfunded by government to yield the transformative growth in the sector. Not satisfied with money allocated to Agric sector in the south south geo-political zone, National President of small-scale women farmers organization of Nigeria (SWOFON), Mrs Mary Afan has appealed to governors in the area to scale up investment in agric sector as a strategic approach to increasing food production, reducing hunger and poverty in the state.

Mrs. Afan made the plead on Wednesday, August 31st in Uyo, during SWOFON South South Region Strategic Engagement with stakeholders in the Agric sector on how to chat the way forward to address emerging food security.

The national president who described Akwa Ibom as a land that is blessed with numerous natural resources hence the need to unlock the agricultural potentials among people, as budget within the south south States is still below the Malabo declaration of 10% accelerated Agricultural Growth.

She explained that for the region to boost Agric production, special intervention fund must be accessible by women farmer’s, to enable them increase their farm holding and capacity beyond the subsistence level.

The president further maintained that if women farmer’s in the rural communities are being spur up, it would bring about increase in food production for all household,as women according to her constitutes 60 percent of the population when it comes to farming.

To further boost agriculture in the area, Mrs. Afan, noted that if single digits loans and farm equipments are lease out to women, it would improve their production with less labour.

In her words, “we are going round the 36 states of the federation to see how we can support women for increase food production in the country, and we will not stop until we get the desire results. May I informed us that SWOFON is a network of over five hundred thousand (500,000) women across Nigeria with chapters in all the states” She maintained.

In her goodwill message, Commissioner for Women Affairs and Social welfare, Dr. Ini Adiakpan, appreciated SWOFON for choosing Akwa Ibom state as their choice for the south south stakeholders strategic engagement. Dr. Adiakpan disclosed that governor Udom Emmanuel has done enough to put food on the table of every Akwa Ibom household.

Setting the tone for the advocacy summit, the Akwa Ibom state Coordinator of SWOFON Mrs. Emmanuella Friday, called on government, private individuals and corporate organization to partner with SWOFON for food sufficiency in the country.

Mrs. Friday insist that for the family to be economically strong, viable and sustainable government at all level must work the talk by providing good seedlings,farm inputs and financial supports to SWOFON women to help reduce poor quality of food, high food costs and even total lack of food.

Other participants, from Federal Ministry of Agric, National Incubation Centre and National Centre for Women society among others however, tasked the government to give more financial attention to women farmers in general as they are known to be responsible for about 70% of Agricultural produce in the country.