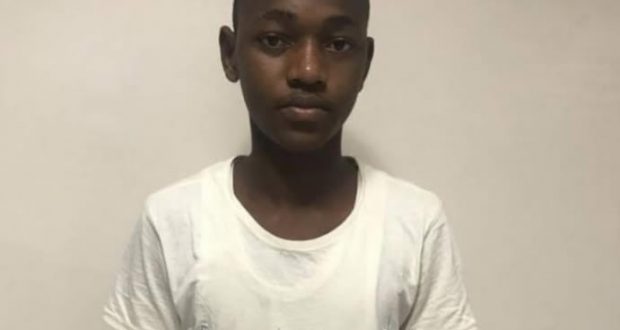 SPECIAL REPORT: Pindar, the Chibok Boy Who Wants To Be Medical Doctor

While the world seems to have moved on after the initial shock that greeted the abduction of over 200 schoolgirls from Chibok, Borno State in April 2014, there are still many yet to overcome the trauma.

Five years after the shocking incident and while the world seemed to have moved on, Mr. Pindar has not forgotten how the innocence of his once quiet and peaceful community was violated by the bloodthirsty terrorists.

Mr. Pindar’s is a heart-wrenching story of a boy struggling to push forth his dreams in the face of a disturbing past, a grim present and an uncertain future.

He was born in Chibok in 2002, long before the town earned notoriety for the abduction of its innocent school girls.

His parents were able to provide for him and his other siblings with the proceeds from their subsistence farming and life was beautiful.

The people of Chibok lived normal lives and their children went to school without fear or intimidation.

“I didn’t have to hustle. Everything was fine. My father gave me everything I needed,” he recalled life in Chibok before the Boko Haram’s invasion.

But everything changed one fateful day in 2014 as the Islamist extremists marched on the town and shot at everything in sight before escaping with truckloads of innocent school girls.

“They told them (girls) that they were troops from the Nigerian Army who had information that Boko Haram was planning an attack on the school.

“They asked the girls to accompany them to safety. The invaders wore military uniforms and there was no way anyone could have thought they were terrorists.

“It was after they ordered the girls into trailers and started burning the school that the girls realized that they were Boko Haram and they started crying,” Mr. Pindar recounted.

With the abduction of the girls, Chibok was thrown into confusion just as it scampered to protect itself from further attack by setting up a vigilante.

In the process, any boy who was old enough to wield a machete or gun was conscripted and made to join the Civilian Joint Task Force (CJTF) to fight the insurgents.

Seeing how young boys were being taken from their parents and forced to go fight a war they never bargained for, Mr. Pindar’s father decided to send his mature son away from Chibok.

Drawing from his meagre savings, he gave the young man the sum of N16, 000, took him to the bus station and booked him into a Lagos-bound vehicle.

That was how young Pindar left home at age 12 to start a new life in a place he hardly knew anyone.

It was not difficult to locate his contact who was a security guard with the Redeemed Christian Church of God in Ribadu, Ikoyi.

After work, the man took him home and that was his first abode in Lagos.

While there, he used what was left of the money his father gave him to feed but when it ran out, he got a job in a hotel with the help of another member of the Chibok community.

He earned N600 daily from his first job. It was in that workplace that he met a young boy who had also fled Chibok to look for fresh opportunity in Nigeria’s Centre of Excellence and they became friends.

They shared chores and being from the same area developed a camaraderie spirit.

And he lost his dear friend

In the kitchen where the duo worked, Mr. Pindar said an old freezer was kept by a corner.

Despite that the old freezer occasionally emitted sparks and shocked them, he said their employer allowed them to sit and pound yam or wash plates, on it.

One day, the unthinkable happened.

His comrade had sat down to wash plates on the old freezer when suddenly, the young man started shaking and twisting as electricity currents seared through his lean body.

Mr. Pindar said he knew it would be dangerous to touch his friend but did not know what to do to help him except to shout for help.

Unfortunately, the first responder ignorantly poured water on the boy who was already gummed to the rickety freezer.

“My whole body was weak; I didn’t know what to do when he shouted my name,” he recalled.

It was later people told me I should have used a stick to try to detach him from the freezer. I just knew I was not supposed to touch him with my hand and I didn’t.”

By the time the freezer was finally turned off, his friend had slipped into a coma.

“We tried to revive him with milk but it didn’t work. We took him to a hospital in Falomo where he was pronounced dead and we buried him in the cemetery in Obalende,” Mr. Pindar told our correspondent.

Devastated by the tragic death of his friend, the young Chibok boy could not continue with the job.

Before the sad incident, Mr. Pindar had located his maternal uncle who lived in Ajah and moved over to live with him shortly after the burial of his friend.

That incident happened in 2016, two years after he arrived in Lagos as a refugee.

Moving to Ajah and Ikoyi

In Ajah, he took up a job that paid N18, 000 but that was a far cry from what could pay his bills including getting him a badly needed education.

With a new job that offered very little hope, the young man’s frustration only heightened.

He reached out to a member of the Chibok community and sought help to find a job that would be flexible enough for him to go to school.

“I came to Dolphin Estate, Ikoyi to meet my village person who told me about a security job,” he recounted.

“I was interviewed and when I passed, they told me to go and bring my things and report for work immediately.”

Reunion with a relation

With that, he moved to the highbrow Ikoyi neighbourhood as a gateman but two months into the new job, he got news from his dad to locate a cousin in Ijeh Barracks, Ikoyi.

“As soon as I saw her, I recognized her. She’s yellow. I know her mum. She’s yellow too. We are all yellow. She saw me too and recognized me instantly and just called out to me, ‘Come, come, come,” Mr. Pindar recounted the ecstatic moment.

For a 14-year-old boy who was forced to leave home at age 12 seeing a close relative for the first time after two years in a crowded, busy and restless city, the feeling was indescribable.

Mr. Pindar said he went home with his cousin and for the first time, he was well received and fed sumptuously.

Again, for the first time, he was able to speak about his life and his dreams, and why finishing his education was so important.

At once, his dream of becoming a medical doctor seemed real when his cousin got him admission in a school along Osborne Road in Ikoyi.

However, he had to cough out N18, 000 from his savings to pay the school fees and every other requirement of the institution.

But his cousin offered all the comfort and the love he never experienced since his arrival in Lagos.

“I was well-fed and cared for in my cousin’s home and I had the opportunity I have always craved for to go to school,” Mr. Pindar said.