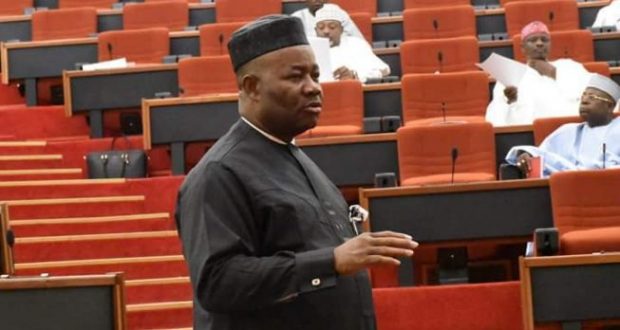 The senator representing Akwa Ibom North West Senatorial District, His Excellency, (Dr) Godswill Akpabio is set to empower his constituents with cash grants to round up his first tenure as Senator.

A statement by the Special Assistant on Media to the Senator, Mr Anietie Ekong said the disbursement of the cash would be held on Saturday, June 8, 2019, in collaboration with the Small and Medium Enterprises Development Agency of Nigeria (SMEDAN.)

According to the statement, cheques will also be presented to beneficiaries of the Senator Godswill Akpabio scholarship award while school children across the 10 Local Government Areas of the Senatorial District will also be given starter packs, books and writing materials.

According to Mr Ekong, Senator Akpabio in the last four years has provided an uncommon representation and would round up a glorious first tenure in the Senate by doling out cash to empower his constituents.