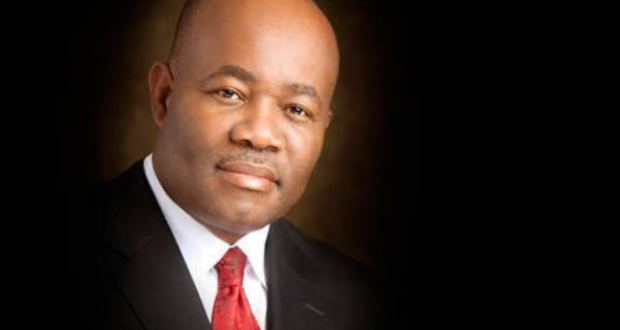 The attention of the Senate Minority Leader, Godswill Akpabio, has been drawn to a statement credited to one Inibehe Effiong, a supposed legal practitioner, being circulated in online media, alleging that the former governor, who governed Akwa Ibom State from 2007-2015, did nothing throughout his stay in office.
He also alleged that” the fund stolen by the former governor was enough to fund the budget of neighbouring Ebonyi State for two decades” .
Ordinarily, the Senator would not have dignified the author with a reply because they are all based on falsehood, lies, hatred and untruth. Dignifying such a statement would mean taking the writer and his clueless submission serious and that would encourage characters like him to jump at any opportunity with cheap data packages to insult and character assassinate public officers.
But for record purposes, it is pertinent that we advice the unsuspecting public to disregard the statement because it is entirely the ranting of an ant looking for undeserved media attention.
The achievements of Akpabio while in office are there for even the blind, lame and deaf to know. A million and one Inibehe Effiong and his ilks can continue to struggle albeit unsuccessfully, to obliterate the achievements of Akpabio as the governor of Akwa Ibom State, but they will continue to be the losers.
We are very happy that Inibehe Effiong and other spineless emergency sponsored public commentators, who are very much in the minority, have been flying into Ibom International Airport, watch matches at the Godswill Akpabio Stadium, enjoy steady power supply, drive on the roads constructed by the Akpabio government just to mention a few. Yet in their understanding, he did nothing.
While Inibehe Effiong has the constitutional right to voice his view on issues affecting the state, it our view that as a supposed legal practitioner, he should be guided by the principles of an accused being innocent until proven guilty by a competent court of law. It is not within the right and purview of Inibehe and his cohorts to declare anybody corrupt or guilty.
Therefore we call on Inibehe Effiong to immediately substantiate his allegations against the Senate Minority Leader, failure which he should be ready to face a very robust legal challenge. This will serve as a deterrent to such frivolous characters who want to use the name of Senator Akpabio for undeserved media attention.
Jackson Udom, Special Assistant Media to the Senate Minority Leader.
2017-06-14
dozzier