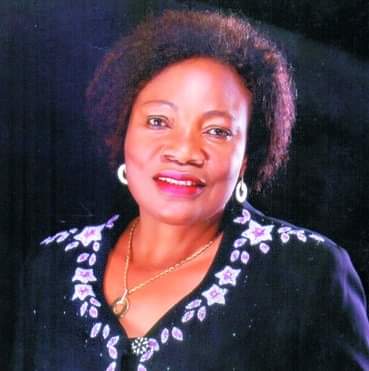 The Chairman , Akwa Ibom State Universal Basic Education Board, (SUBEB), Professor Maria Ikorok has called on parents and guardians to encourage their children and wards to avail themselves of the learning opportunity offered by the School -on- Radio Programme for Primary Schools coordinated by the Ministry of Education to refresh their memories during the lockdown.

Professor Ikorok who made the call while interacting with Newsmen in her office said there was need for parents to encourage their children to tune- in to the programme aired on Akwa Ibom ,90.5 FM as approved by the State Governor.

The SUBEB Chairman explained that the School on Radio Programme is to keep the pupils refreshed and alive to their studies while staying at home as formal schools remain shut due to the restrictions occasioned by the ravaging Covid 19 pandemic.

She maintained that when children occupy their minds with studies and other worthwhile activities, it will help to curb anti-social vices.

According to the SUBEB Chairman, the School on Radio Holiday Revision classes for Junior basic Primary One to Three is aired every Monday with Jolly Phonics from 9:30 AM to 11:30 Am while Basic Science Technology is fixed for 5;30pm to 6:00pm.

Friday is for Basic Science classes from 11- to 11:30Am while Sunday is for Pre-vocational Studies Agriculture from 5pm to 5:30 Pm.

Professor Ikorok used the forum to draw the attention of parents and guardians to the advice of the Governor’s Wife on the prevention of rape and other forms of defilements of both female and Male children in the state.

She advised parents to be mindful of who they allow their children to visit, including even close relatives as major cases of rape and defilement in Society are perpetuated by close relatives and those who ought to have taken care of such children.

Professor Ikorok called on all to collaborate with the government and judiciary to ensure offenders suffer harsh punishment even as she appreciated the Governor’s wife , Martha for championing the campaign against rape, sexual assaults and other gender- based violence in Society.

The Professor of Public Health Education advised parents not to hesitate to report immediately in hospital for the medical evidence first before police any of such incidence as well as FEYrep, Ministry of Woman Affairs and FIDA.

The Don explained that in addition to the physical damage caused to the reproductive organs, the psychological trauma of rape lasts for a lifetime.

Previous: GOVERNMENT OF AKWA IBOM STATE
Next: Tinubu speaks on Present APC crises, says being a party man is beyond carrying a membership card.