Barr. Ukana Udofia, chairman Ibesikpo Asutan transition committee has said the rumour that people were going round to “forcefully inject monkey pox causing vaccines” on students is false.
Barr. Udofia, at a quarter past 1p.m visited Ibesikpo Secondary Commercial School, Nung Udoe, with the supervisor for education and Divisional Crime Officer, to allay fears caused by the rumour but met students and teachers hurrying out of the gate.
He said the principal of the school confirmed that she got calls from people that some persons were going round to forcefully vaccinate students, hence she told everyone to go home.
The chairman has dispatched teams to other schools to reassure students and staff of safety.
A pregnant woman was said to have gone into a shock as a result of the rumour. She is currently being attended to at Primary Health Centre, Nung Udoe. Ukana Udofia is there to see her.
The chairman has called on parents, caregivers, teachers, students and residents of Ibesikpo Asutan to disregard the rumour and go about their businesses.
He said the council is working to unravel the source of the rumour.
Meanwhile, Barr. Ukana Udofia will visit schools tomorrow to meet with staff and students to allay fears, tension and panic caused by the rumour.
2017-06-20
dozzier 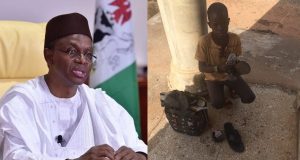 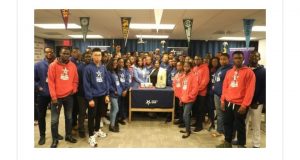