Breaking News
Home / Breaking News / Ruga: Your 30-day Ultimatum Too Much, the Sooner the Dance Begins the Better – Fani-Kayode to Nothern Youth 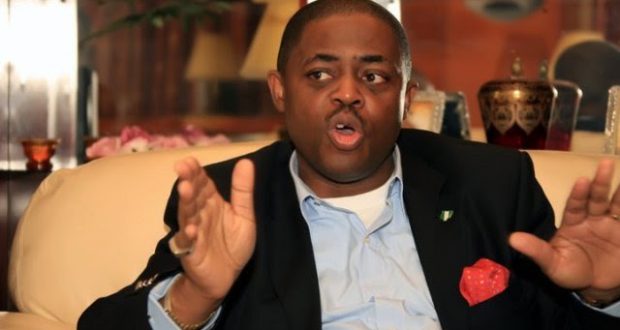 Ruga: Your 30-day Ultimatum Too Much, the Sooner the Dance Begins the Better – Fani-Kayode to Nothern Youth

A–Former Aviation minister, Femi Fani-Kayode has dared the Coalition of Northern Youths over their threat to evict all southerners in the north, saying that the 30- day ultimatum is too long and that the sooner the dance begins the better.

Uncomfortable with the news of its suspension, the northern youths purportedly issued a 30-day ultimatum to every southerner residing in the north to vacate if Ruga is not implemented.

Reacting to purported threat by the youths, Fani-Kayode warned the group that the south was ready for them and even charged them to save the 30 days grace it had given and carry out their threat immediately.

Fani-Kayode who took to his Twitter handle on Friday,  said a 30-day period was too long, adding that “the sooner the dance begins the better, while warning the group they will ‘reap the whirlwind that you have sown.’

“To the arewa youths who dared to say that every southerner must leave the north within 30 days unless RUGA is implemented.

“I say, stop the threats and just do it! the sooner this dance begins the better! 30 days is too long! you will reap the whirlwind that you have sown!

“Macbeth said ‘I shall fight till the flesh be hacked from my bones and damned be he who first cries hold!

“Between us, I say damned be he who first cries hold!”