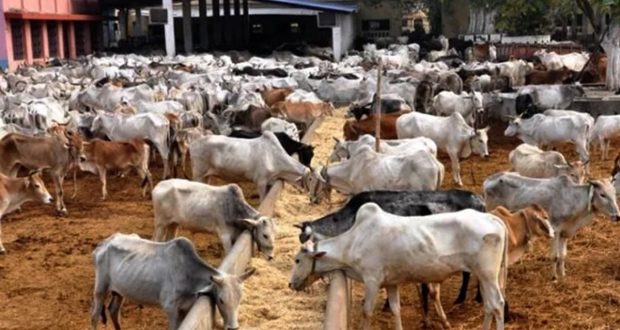 Fact is, most of these herdsmen are illegal immigrants into the country. Methinks, therefore, that providing settlements for “criminals” for whatever intent and purposes, will increase the nation’s security crises, as we would be exposing our security architecture to our enemies for more deadly attacks.

Furthermore, cattle business is not a government’s business, but private sector driven. At most, government can only support private businesses to grow and not to become the champion or mouthpiece of a particular private venture against hundreds of others in the country and doing so, at the detriment of the country’s resources, as it were.

Tax payers’ money should not be used for RUGA settlement project unless the Federal Government is telling Nigerians that one ethnic group is superior to the rest.

Besides, the 1978 Land Use Act has vested all urban lands within a state on the governor to hold and to administer same, in trust for the people of the state.

I hear the policy is not mandatory upon the states but voluntary, I call on my state governor, Mr Udom Emmanuel not to accede to the federal government RUGA projects.

No part of Akwa Ibom should be considered for the RUGA project. I am happy and thankful to God, our governor is embarking on industrialization of the state, which requires more lands for industries to be sited. Simply put, we don’t have enough lands for the Foreign Direct Investments of the Udom Emmanuel’s government. So while other states are talking RUGA settlements – ‘to be or not to be’, in Akwa Ibom, we are counting the number of industries on our lands; employments, job creation and empowerment of our people by these industries.

I may be quick, however, to ask; what is the interest of the Federal Government in cattle business in Nigeria? Why would it take the government to establish the RUGA settlements for herdsmen across the country, and doing so, with taxpayers money?

As far as I am concerned, the RUGA settlement project is a misplaced priority of the Muhammadu Buhari’s led federal government. I am against it. It should be discouraged by all Nigerians, state governors inclusive.

Let the Buhari federal government return to its drawing board and engage security experts on the best way to tackle insecurity in Nigeria and not make policy that would rather pose more insecurity to the people of Akwa Ibom nay Nigeria at large.

RUGA settlements is a failed policy as far as Akwa Ibom and Niger Delta of the South South region is concerned.