Breaking News
Home / Breaking News / Rev Ime Ekam at three score and ten: A life of service to God and justice to man 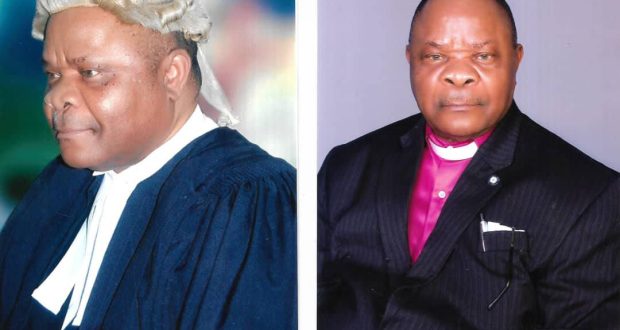 Rev Ime Ekam at three score and ten: A life of service to God and justice to man

Born on January 1, 1952 to the family of late Eteidung Toby Ekam and Madam Mary Ekam, both of Nduo-Eduo, Eket Local Government Area, young Ime beamed with beautiful prospects. Today, January 1, 2022, he clocks the ripe age of 70. In-between these ages, are years of steady growth and consistent push through life’s struggles. After his primary school education at QIC Group School, Nduo-Eduo where he obtained his first school leaving certificate in 1963, Ime Ekam went to faraway Nigerian People’s High School, Yaba, Lagos for his secondary school education but completed it at St. Francis Secondary School, Ikot Ataku/Akpa Ndem, Okon Eket to obtain his WAEC in 1970.

Due to his love for a career-driven life, he attended the Civil Service Training Centre, Calabar. Perhaps, his journey into the life of serving justice began when he was admitted into the Ime Umana College of Law, before proceeding to the then University of Cross River State, Uyo and obtained his LL.B in 1988. Ime graduated from the Nigerian Law School, Lagos in 1990 and was called to Bar on Wednesday, December 12, 1990. He also attended the National Open University, Uyo.

Besides his love for the course of justice, he also had a burning desire to serve God which led him to undertake a Post Graduate Diploma in Theology at the Samuel Bill Theological College, Abak, Akwa Ibom State.

He joined the civil service of the then South Eastern State in 1971 as a tax clerk. As a diligent worker, Ime Ekam, Esq, rose from the position of a Tax Clerk to Inspector of Taxes (legal). He was appointed Board Secretary/Legal Adviser, Board of Internal Revenue. He was appointed Magistrate Grade II in 1993, where he rose through the ranks of magistracy to become the Chief Magistrate GDI, and retired on January 1, 2006. All through his years in service, Barr Ime was renowned for his uprightness and passion, which earned him numerous national assignments, such as; chairman, Marine Board of Investigation for marine accident ( 2002 – 2004) that involved Motor Tanker (MT) Bridget, MT Antiqua, MT, Marlene, MT Irua, Ogbomosho in Lagos and MF Oron at Calabar. It is on record that he diligently carried out and completed all these assignments and reports were submitted to the Federal Minister for Transport, Abuja.

At the state level, in 2008, the then governor of Akwa Ibom State, His Excellency Godswill Obot Akpabio appointed Barr Ime Ekam as the chairman of Commission of Enquiry into the civil disturbance in Ikot Akpan Udo, Ette, Ikot Abasi Local Government Area and Amazaba Community in Eastern Obolo Local Government Area. In his trademark of service delivery, the Ime Ekam led commission of enquiry delivered satisfactory on the assignment and the report was submitted to the governor, Godswill Akpabio. During his years in active service, Ime Ekam was among the who’s who in Akwa Ibom State Judiciary. In January 1992, he won the Best Civil Servant award, a reward for hardwork by the then military administrator, Idongesit Nkanga.

Despite his steady elevation in his career with attendant increased in responsibilities, Ime Ekam did not relent in his walk with God. In 2006, he was elected as Elder of Qua Iboe Church, QIC, and a Reverend Minister in 2017. As an avowed member of QIC, it is on record that he has attended conferences and seminars of QIC in Akwa Ibom State. In 2012, he served as the secretary, Planning Committee for Centenary Celebration of QIC, Nduo-Eduo. He has also served the as the legal adviser, National Standing Committee, Chairman, Church Committee, Qua Iboe Church, 5 Phenson Street, Uyo. Rev. Ime Ekam was awarded Justice of the Peace of Akwa Ibom State – Inter religious bodies and Ministry of Justice.

His Worship, Rev (Barr) Ime T Ekam, JP is happily married to Deaconess Emem Ime Ekam, a retired staff of the Local Government Service Commission, and the marriage is blessed with children. Today, as he marks 70 years, the world celebrates the life of service to God and justice to man. By God’s grace and mercies of his life, today marks his 25,569 days on planet earth.