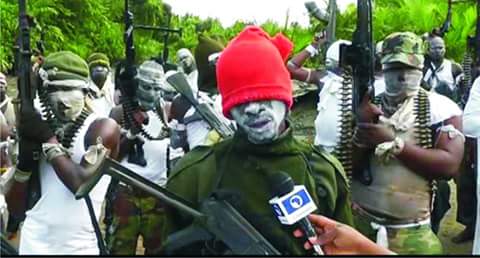 Free from enslavement by the North October 1, 2017 A coalition of Niger Delta militants on Friday called on the Federal Government to return all oil blocks being controlled by northerners to the people of the oil producing region.

Leaders of the eight groups said in a statement that the Niger Delta region shall declare its independence on October 1, 2017 and free itself from enslavement by the North.