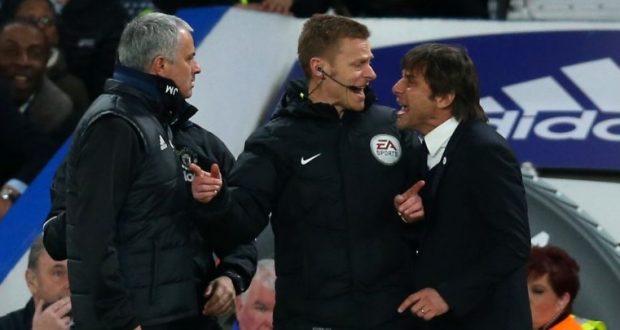 The feud started after Mourinho labelled some managers in the English Premier League as “clowns” due to the way they celebrate victories or goals.

The Portuguese replied a journalist who queried his passion for the game when he described some of his counterparts as clowns while praising his own maturity.

“Because I don’t behave as a clown on the touchline, it means I have lost my passion?” Mourinho said. “I prefer the way I am doing it. Much better for my team and myself. You see it every day in the way a person is dedicated to his work, not what you do in front of the cameras”, he added.

Reacting to Mourinho’s statement on Friday ahead of Chelsea’s FA Cup clash at Norwich City on Saturday, Conte accused the former Chelsea manager of having “senile dementia” when it comes to remembering how he used to act.

Quizzed after United’s 2-0 late victory against Derby County,  Mourinho agreed he could have been a clown in the past but distanced himself from ever engaging in match-fixing- a situation that ensured Conte got suspended when he was the manager of Italian Serie A side, Siena’s in the heat of the Calciopoli Scandal.

“The only thing I want to say to end the story is that yes, I made mistakes in the past on the touchline. Yes, I will make less but I think I will still make a few.

Apparently displeased with Mourinho’s jibes, Conte declared a war on the former Real Madrid manager saying;  “There is a person that continues to look here. You understand? He went away, but he continued to look here.

“I am starting to be a bit annoyed. If you want to go to fight with me I am ready. I am improving a bit my English because this is the real problem for me, otherwise, we can go, we can go to fight.

“I’m ready to fight for me, for my players, for the club, with everyone. I have no problem”, Conte said.

But Mourinho denied that he had aimed the comments at Conte saying: “I don’t blame the Chelsea manager at all. I understand his reaction. I was speaking about myself”.

Football lovers around the world have however taken to the micro-blogging site, Twitter to express their opinions on the mater. 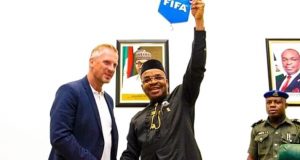 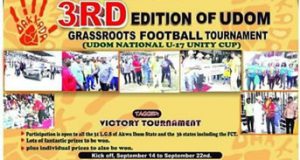 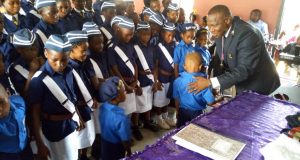