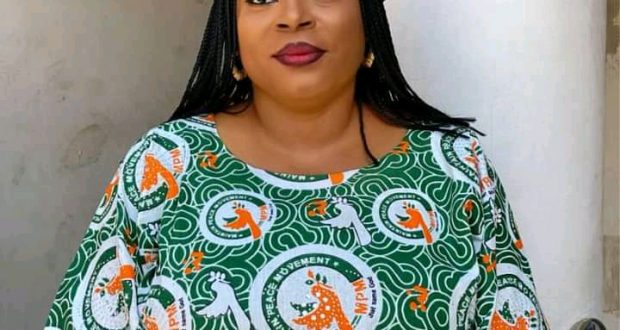 Following the just concluded Congress of the People’s Democratic Party (PDP) which was allegedly skewed in favour of the incumbent Chairman of Urueoffong/Oruko Local Government Council, a cross section of Party members have vowed that history will repeat itself in the area if a free and fair primary is not conducted to determine the actual winner.

Speaking with our Reporter, a top ranking member of the People’s Democratic Party (PDP) in the area who pleaded anonymity for obvious reasons said information spreading across the Local Government Area is that the National Coordinator of the Maintain Peace Movement (MPM), Barr. Emmanuel Enoidem has been meddling in the domestic affairs of Urueoffong/Oruko Local Government Area by attempting to impose Mrs Selong as the State House candidate. He explained that such a move will be counterproductive and will likely cost the Party the House of Assembly seat as Urueoffong/Oruko people, including the members of the PDP will not reward a failed Local Government Chairman with House of Assembly seat.

Speaking further, he noted that Urueoffong/Oruko people abhor imposition and will always rebel against it. According to him, the People’s Democratic Party (PDP) lost the 2015 House of Assembly election owing to the imposition of the then Local Government Chairman, Rt. Hon. Okon Tom Osung on the Constituency by Barr. Ibanga Akpabio who was the State Secretary of the Party. He said although Hon. Osung’s performance as Local Government Chairman was quite impressive, the electorates still revolted the decision to impose him by the Akpabio family, arguing that if such could happen to Osung who performed creditably as Chairman and was favoured by power rotation in the area, it will be worse with the incumbent Chairman who has neither performed nor favoured by zoning/rotation of elective offices in the area.

Elucidating on zoning, he noted that Urueoffong/Oruko State Constituency is divided into two Development Areas of Urueoffong and Oruko which collectively share ten Electoral Wards.

He revealed that Hon. Mrs Precious Selong hails from the same village and Ward with Hon. Barr Bassey Etienam, stating that it will be absurd for the House of Assembly seat to return to the Village and Ward which last occupied it in Urueoffong Development Area to the exclusion of the remaining four Wards which constitute the area.

Corroborating the foregoing account, another influential member of the People’s Democratic Party (PDP) in the area, Chief Edet Asuama said as House of Assembly seat returns to Urueoffong Development Area in 2023, Ward 4 which last occupied the seat can’t be favoured again while other Wards continue to wait. He said the introduction of two terms into the zoning of offices in the area has worsened matters as one village and Ward, Mbokpu Eyokan, Ward 4 can’t be allowed to do twelve years while other villages and wards remain spectators.

He recalled that Mrs Selong’s aspiration for the Chairmanship of the area was widely opposed because she was deemed over patronized, noting that the situation will be worse as she attempts yet another office, despite failing woefully in the present assignment as Executive Chairman. He queried why she wants to leave the same Chairmanship post she desperately sought and which bred bad blood in the area midterm in pursuit of another position, in total disregard for decency and the power sharing formula of the area.

He further stated that it would be wrong for part of the Chairmanship tenure of Urueoffong Development Area to be ceded to Oruko Development Area if Mrs Selong is unfortunately favoured with the House of Assembly ticket as the Vice Chairman, an indigene of Oruko will automatically step in to complete the tenure. He said such development was capable of straining the relationship between the two Development Areas. He emphasized that in order to avoid that, Mrs Selong should be prevailed upon to complete her tenure as Executive Chairman.

He submitted that after braving the odds to make her Chairmanship, the Party isn’t indebted to Mrs Selong to a point where it will want to call the bluff of other members to again make her a State House of Assembly member.