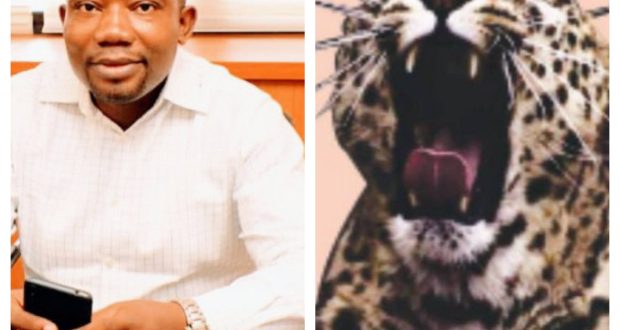 The attention of Oro Youth Movement (OYOM), a leading Civil Right Organization in the country has been drawn to a fetish, deceitful and vicious publication signed by one unknown an series liar, dropout call Victor Mkpofor and Eyo Eyo who has been claiming the President and Secretary of OYOM respectively against the constitution of OYOM and the Law.

It could be recall that following the court judgement delivered by Hon. Justice,Theresa Obot on February 20, 2020, the leadership crisis created by Victor Mkpofor was brought to an end.

In accordance with the constitution of OYOM and in compliance with the court judgement, the General Assembly of OYOM met and constituted a three (3) man electoral committee headed by Comr. Philip Nkonginue to conduct election into the vacant position in the National Executive Council of Oro Youth Movement.

Consequently, the electoral committee, conducted an election and swored in the durly elected national executive members (NEC) led by Comr. Edet Eyo on the 25th of November 2020.

To our greatest surprised, the body have observed with dismay and displeasure the continued distraction, tells of lies, de​ceit and misinformation by Victor Mkpofor to members of the public by this frustrated, school dropout and unscrupulous element, against a known principle, operation and organization like Oro Youth Movement.

It could be recalled that we reported this same criminal Victor Mkpofor to the security agency about his fraudulent activities using the name of the organisation, which he was invited, and was unable to prove how he got to the office having known that his tenure based on the judgment that was given had long elapsed since 2018, and was illegally operating outside the Constitution of the organisation.

It should be noted that,the Nigeria Police force Oron division, investigated the matter and found Victor Mkpofor guilty of committing criminal and fraudulent activity against the organization by parading himself as the President of the organization.

The divisional police officer, who was in charge of the matter warned Victor Mkpofor against further illegality and fraudulent activities against the organization and therefore directed him to work with Comr. Edet Eyo led Oro Youth Movement (OYOM), which was duly elected by the General Assembly of OYOM.

As a leopard who cannot change his spot, Victor Mkpofor a series liars, a fraudster, And imposter has continue in his usual manner of de​ceit, misinformation and extortion of money from public in the name of the organization, despite several warning and causion.

On the case that’s pending in the High Court, it should be noted that, his so call Vice President, Comr. Jacob Etim Nsoh has filed a sworn affidavit in the court,denying him and his criminal activities, and therefore requested the court to expunge his name from the said suit, claiming that he doesn’t have anything to do with illegality of Victor Mkpofor.

It is so disheartening to observe that Eyo Eyo who is a level 14 officer in the civil service working with the Ministry of Agriculture could con​de​scend so low to allow a school dropout and a fraudster like Victor Mkpofor to use his deceitful tongue to manipulate him for this illegal and fraudulent activities for this long. This is a clear case of show me your friend and I will tell you who you are.

We hereby challenge Victor Mkpofor to prove the following to the General Public;

2. To present Court judgement and the details report by the police on this matter to justify his claims.

It’s laughable and ridiculous to hear from a known school dropout and a fraudster whose source of livelihood is based on extorting money from members of the public over the years in the name of the organization, parading himself as the president without the approval and authority of the organization, making unpatriotic and false remark against the duly elected National Executive Council led by Comr. Edet Eyo, who has repositioned the organization with laudable projects and programmes for the benefits of OYOM members and Oro people.

We therefore warn the distractors henceforth, to deceit from the unpatriotic and undemocratic activities against Oro Youth Movement to avoid unpleasant consequences.

2.That Oro Youth Movement (OYOM) under the able leadership of Comr. Edet Eyo remain focus, steadfast and determined to carry out the aims and objectives of the organization for the benefits of members and humanity.