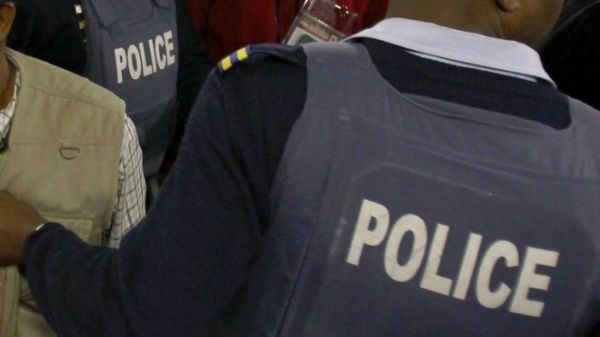 The Assistant Superintendent of Police, Usman Hassan, arrested for alleged killing six farmers during an operation in Gombi Local Government Area of Adamawa, has insisted that those killed were Boko Haram members and that he has evidence to prove his claim.

Mr Hassan, in a petition to Inspector General of Police, said the supposed farmers died in a shot out with his team which included local hunters.

He added that the operation was on the directive of the then Adamawa State Commissioner of Police, Moses Jitoboh.

The petition, dated December 19, 2017, to IG was titled “Petition Against The Adamawa State Commissioner of Police, Moses Jitoboh, and AC CID, Adamawa Command For Illegal Detention, Criminal Conspiracy, Violation of Rights and Gross abuse of Power”.

Signed by counsel to Mr Hassan, Femi Motojesi, the petition said the accused was then the Commander of Safer High Way in Adamawa state.

“He was contacted by the then Commissioner of Police, Jitoboh through the commissioner’s Personal Assistant to organise a raid on areas habouring Boko Haram suspects,” it said.

It went further: “That sometimes in November 2017 due to the incessant killings and destruction of properties by the dreaded Boko Haram in Adamawa State, the Commissioner of Police in receipt of some intelligence reports from various sister agencies decided to swing into action.

“That our client as a result of his track record and gallantry was invited by the Commissioner of Police, Moses Jitoboh through his personal assistant that our client competence and experience will be needed to lead a special operation in some local government areas where the security report suggests members of the group are hibernating.

“That upon been briefed, our client suggested to the commissioner of police that such operation are the types the Army have been given the mandate to handle but the commissioner insisted that he wants the police to execute the operation.”

“That on the 22nd of November, 2017, our client (Hassan) and his team members went for the operations and due to resistance of the suspects, there was an exchange of gun fire.

“That on their return, our client as usual through the personal assistant informed the CP of their experience and gave him a report.

“That it was upon receipt of the report that the personal assistant made Volte face and start singing a different song.

“To our client utter amazement, the AC CID, Yola began a massive arrest of members of the hunters association the CP had engaged for the operation and the policemen detailed in the operation were also arrested and detained.”

The petition also alleged that all Boko Haram suspects and drug dealers earlier arrested by Hassan and transferred to the command CID have been released without prosecution.

“We are not unaware that there exists some internal mechanism within the police force in dealing with any erring officer, but this particular case is a case of pure conspiracy and an attempt to ridiculed the fight against Boko Haram.

“More worrisome is the fact that this singular act if not discouraged may dampen the spirit of the officers and men of the force in combatting the dreaded Boko Haram.

“The feelers we are getting (though not confirmed) is that the Boko Haram guys have paid the AC CID about N2 million in order to be protected and shielded from any form of police invasion/arrest.”

The petition, which attached copies of search warrant and signal for the operation, urged the Inspector General of Police to take over the matter and investigate the incident as the Adamawa Command cannot do justice to the case.

Meanwhile, Mr Jitoboh cannot be reached for comment as he has been changed as Adamawa Commissioner of Police.

On his comment on the matter, the newly posted Commissioner of Police, who took over from Jitobh, Abdullahi Yerima, simply said Mr Hassan is under arrest and the case was being investigated for prosecution.