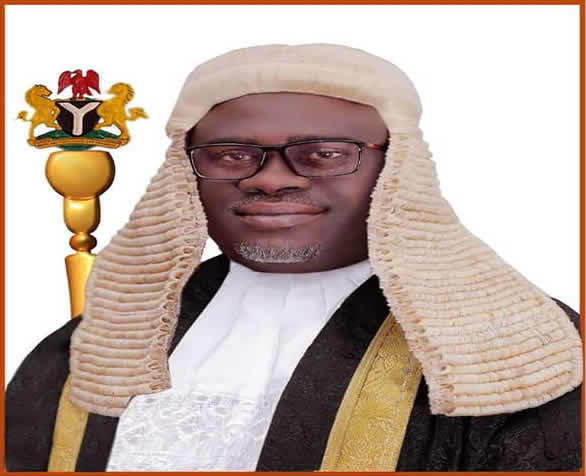 Speaker of the Akwa Ibom State House of Assembly, Rt. Hon. Aniekan Bassey, has appealed to the Federal Government to assist the people of Uruan Local Government Area in curbing the incessant activities of sea pirates and criminals on the waterways.

The Speaker made the appeal on Friday when the executive members of Uruan Inyang Atakpo Fisheries Association, Adadia Beach Marine Transporters Association and Outboard Engine and Timber Producers Welfare Association, led by Comrade Eyo Nelson Ottoh, paid him a courtesy visit at the Assembly Complex, Uyo.

Rt. Hon. Bassey said the activities of sea pirates in Uruan waterways and other Local Government Areas within the state has been on the rise lately, adding that the continual attack on fishing boats and passengers has posed a threat to the economy of the state and that of the nation.

He urged the Federal Government to come to the rescue of the people of Uruan and strengthen security on Akwa Ibom waterways by putting up police posts and deploying marine police and other security personnel to the area.

The Speaker also hinted that work will soon be at top gear on the site of the access road project and charged the people of the area to make security the responsibility of all, not government alone.

Rt. Hon. Bassey, who told the people that security of life and property was a cardinal objective of the Governor Udom Emmanuel’s administration, also hinted that government will assist the people in the construction of Cold Room, Industrial Fish Dryer.

Speaking on behalf of the team earlier, Comrade Eyo Nelson Ottoh, said the security challenges confronting the people of Uruan in the waterways have become a myriad.

“Sea pirates raped and maim our women, extort money, seize goods, outboard engines, boats and above all, kill our people on a daily basis. These have imposed untold hardship on dealers who forgo their businesses for safety. Most of our members are out of business for lack of capital, some are struggling to pay back bank loans. So many of us have no source of livelihood. This has made our state and national economy very devastating,” he explained.

Some of the resolutions made by the team to the Akwa Ibom Government and the Federal Government include provision of gunboats, the establishment of active Marine Police Station, a Microfinance Bank at Issiet and Nwaniba Beach among others.

The team also appealed to government to assist and fund the hosting of the first ever Uruan Inyang Atakpo Marine Summit, which according to them, is a panacea to solving the insecurity problems in the waterways.