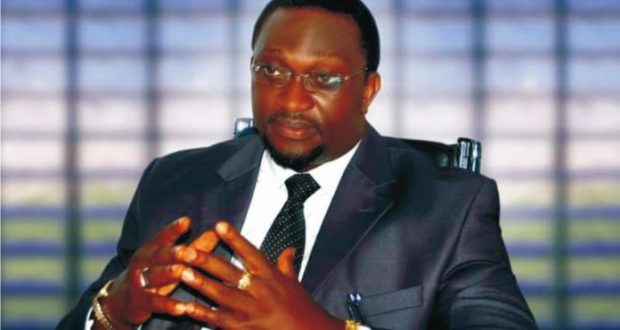 The trial of the case instituted by the Akwa Ibom state chapter of the Peoples Democratic Party, PDP against the defection of Hon Emmanuel Ukoette, representing Ukanafun/Oruk Anam federal constituency at the House of Representatives Abuja, was Tuesday May 30, 2017 stalled at an Uyo Federal High Court, as a result of an application by the counsel to the PDP for an adjournment to enable them ensure that proper service of court processes in the matter are effected on the second defendant, Hon Yakubu Dogara, Speaker of the House of Representatives.

Making the application on behalf of the PDP and three others, who are the plaintiffs in the matter, lead Counsel, Mr. Goddy Umoh Esq, said that the plaintiffs are of the view that the presence of the second defendant was critical in the case, thus their desire to make every effort to ensure that he was properly served. Counsel noted that even though there was a UPS courier service counter receipt acknowledging the delivery signed by one Mr Ajiboye, the plaintiffs were not sure that would suffice to ensure Hon Dogara’s attendance in court or his filing of his response to the court processes filed by plaintiffs.

Mr Umoh leading a team of lawyers comprising of David Amah Esq, O.B Akpan, Imaobong Inyangme Esq, Linus Otuk Esq and Esther Asanga Esq, pleaded with the court to indulge the plaintiffs with just one more adjournment to effect the production of the House of Representatives Speaker to court.

The led Counsel to Emmanuel Ukoette the first defendant, and former Attorney General of Akwa Ibom state, Mr. Victor Iyanam, while opposing the application, said that the court was already mindful of the fact that the Reps Speaker had been served by substituted means and had in the process adjourned the matter at the last adjourned date to May 30, 2017 for proper commencement of the trial. He argued that the rule of court was clear on such issues and that was the reason why the court insisted on the commencement of trial.

Iyanam leading three other lawyers, Ubong Offiong Esq, Ekere S. Ebong Esq, and David Augustine Esq, for Hon Emmanuel Ukoette, argued that the second defendant was just a nominal party in the suit, noting that the actual target of the suit was the first defendant who was fully represented. He urged the court to discountenance the application and continue with the trial of the case and protect the first defendant from any further premeditated delays in arriving at justice.

The court in its ruling adjourned the case to June 28, 2017 for commencement of trial.

The Peoples Democratic Party in Akwa Ibom state had instituted the case in the wake of the defection of Mr. Ukoette from the PDP to the ruling All Progressive Congress on the floor of the House of Representatives, to strip him of his membership of the house for dumping the platform on which he was elected into the house.