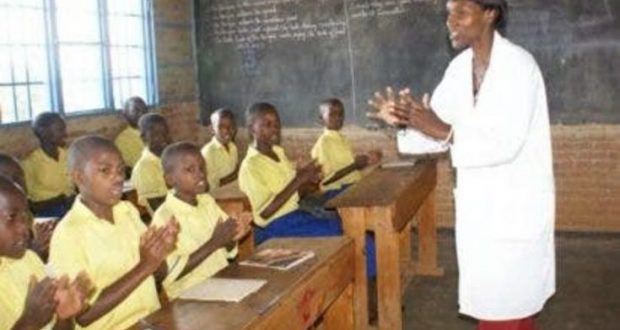 The Oyo State government has commenced the distribution of 5000 employment letters to the newly recruited teachers under the state’s Teaching Service Commission (TESCOM) yesterday.

This was done after a long period of scrutiny and verification to correct all errors that might have been noticed during and after the conduct of examination and oral test for the exercise.

According to the chairman of Oyo State Teaching Service commission (TESCOM), Pastor Akinade Alamu, the government approved 5,000 appointment letters for distribution and 4,400 letters have been released by TESCOM, while the remaining were withheld due to certain errors on the part of the applicants.

He hinted that the errors include misspelt names as well as invalid emails among others, assuring those yet to receive theirs that the letters would be collected immediately after correction of errors by the applicants.

Pastor Alamu mentioned that the letters were sent to the centralixed zones in the 33 local government areas for collection in other to avoid overcrowding and to stick to the Covid-19 protocols.

He, therefore, implored the chosen candidates to resume immediately considering that the academic session has commenced.

“While congratulating the successful applicants, we want to appeal to those that are also successful but yet to get their letters to exercise patience.”

“We discovered that 600 among the letters have errors that need to be rectified, that is already being sorted and corrected as we speak and will be distributed as well,” Alamu said.

However the Permanent Secretary, TESCOM, Mrs Olabisi Oderinde congratulated the selected candidates for their patience despite several breaks in the process of the appointment due to Covid-19.

She, therefore, urged them to prepare to work diligently as this will bring the Governor’s passion for education to reality.

The zonal heads also commended the present administration for regular positive responses on education policies in the state and promised their unwavering support towards education development in the state.