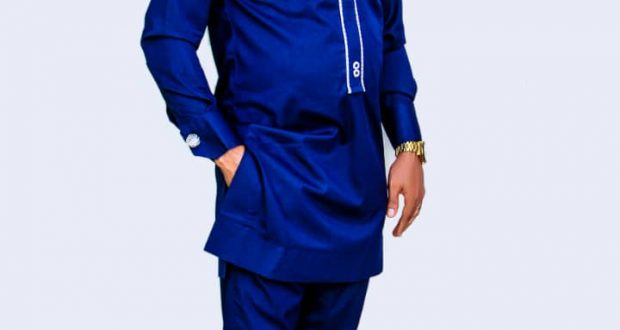 It was a celebration galore filled with ecstasies and praise as Otoabasi Use Umoh, a business man based in Ikono extended his magnanimity to the widows in his community, Ibok Ndiya as part of his selfless service to humanity and to help them celebrates the new year in a grand style.

Comr. Umoh in his welcome address, gave reasons why he decided to fetes the wisdoms, he said that having lost his parent at childhood, he understands the humiliation, neglect and suffering they passed through before they can afford a meal for themselves and their children.
The young entrepreneur explained that the suffering associated with being a widow is what no family should dream of, having know how hard it is. According to Mr Umoh, ” i promise God that if he blessed me with what to eat i will give widows top priority interm of care, and that’s exactly what I’m doing, this is just the beginning, so many people shall be captured in next year edition, as God shall continue to keep us alive “

Umoh who appreciate God for his love upon his family, equally commended and thanked the member representing Ikono/Ini in the federal house of representative, Obong Emmanuel Ukpong Udoh (Macaire) for his effective and purpose driven leadership within his short stay in office, described the lawmaker as a firebrand with quintessential leadership qualities which have make Ikono/Ini a known voice after years of bad representation. He added that the lawmaker have set unbeatable records in the annals of Ikono/Ini Federal constituency .

Speaking on the topic “in everything give thanks to God ” Pastor Uko E Uko of the living Faith Church advised Christians to always give God praise in all circumstances of life, the clergy said believers should extolled the virtues of Jesus Christ through giving and love. He charged people to imbibe the culture of giving and loving one another as exemplified by Mr. Otoabasi.

The man of God who drawn his text from 1thesselonica 5:18 called on Christians to be happy in other people’s success as such virtues will opend Unquenchable blessings for them. He therefore commended the scientilating gesture of Mr Otoabasi and prayed God to sustained his life for greatness.

In their separate response, councilor representating ward 8, Hon. Aniekan Asuquo, the village head, Chief Joe Jacob and one of the widow madam, Okoyoy Okon Inyang poured encomium on Mr. Otoabasi kind gesture, added that he is a God sent to Ibok Ndiya community while describing his philanthropic gesture as unprecedented, they admitted that the open door policy of Mr Umoh is second to non. Having seen his tremendous effort in touching lives, prayed for God to elevate his and grow his business for greater productivity.

The event which was held at his resident, in Ibok Ndiya attracted all and sundry, who came out in their numbers to in the joy of the widows.

PANDEF Mourns Late Sen. Etang Umoyo …described him as an icon of no mean repute who lived an upright life