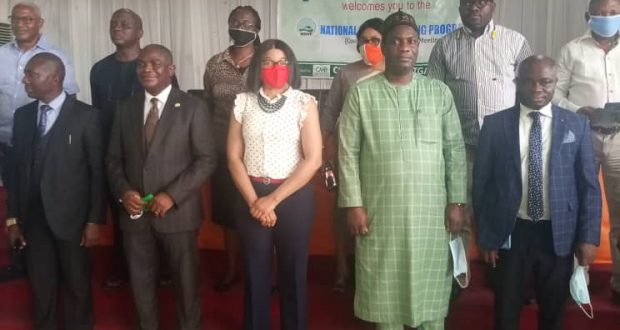 To some the name Nyakno Okoibu is synonymous with excellence, to others it can be equated to percipient administration, but to all Nyakno Okoibu is a square peg in a square hole because he wants power not for himself but in order to be of service. This is coupled with his unprecedented leadership style.

Since assumption of office as the Executive Chairman of Ikono Local Government Area, Nyakno Okoibu has become the exemplification of servant-leadership. To all gender and beyond all age stratification, it is evident that his goals are clear, his sleeves rolled up, and he is decided on doing whatever it takes to raise the people of Ikono L G.A to their apogee.

Whoever coined the phrase” hit the ground running” must have had Hon. Nyakno Uwemedimo Okoibu in mind. The Chairman has, since taking over the reins, proven that he is on ground to work for his people as against enslaving them and making them work for him.

Nyakno’s style of administration is top notch. He held a meeting with the Nigerian Union Of Local Government Employees(NULGE) and emphasized on punctuality and other work ethics. That engagement has paid off. It is no longer business as usual. Nyakno himself leads by example and punctuality is now the order of the day in Ikono Council.

Among his interventionist stride was solving an electricity issue that had caused a power outage in the whole of Ikono L.G.A, in just thirty two (32) days in office. Now, business owners can heave a sigh of relief as economic activities have been seriously boosted. Indeed the entire Ikono people can enjoy their cold water and iced water with a smile because Nyakno Okoibu said let light be restored and pronto, light was restored. There is no gainsaying the fact that Nyakno Okoibu has come to dispel the darkness in Ikono and like a lustrous comet ensure equitable illumination as his calculated actions have far-reaching effects.

Being an eclectic individual that cannot be constrained to one corner, Nyakno Okoibu’s persona can be likened to a political octopus. This is because he has an unquenching desire to accomplish a variety of projects for the Ikono people.

As a corollary of the above and in recognition of the position shelter occupies on the hierarchy of human needs, Nyakno Okoibu has invoked conversations on ensuring that affordable housing is provided for the people of Ikono L.G.A. According to him in a meeting with representatives of the National Social Housing Program who recently visited him in his office, families need affordable housing and his administration is positioned to partner with relevant agencies to ensure that the yearnings of Ikono, and Akwa Ibom people at large, becomes a reality.

Indeed time and space may be insufficient to unravel the enigmatic Nyakno Okoibu. It is however safe to posit that with the Nyakno Okoibu’s holistic developmental blueprint, in the days to come and as events unfold, the people of Ikono Local Government Area will look back and effusively thank nature for the advent of this superlative gentleman on their political landscape.