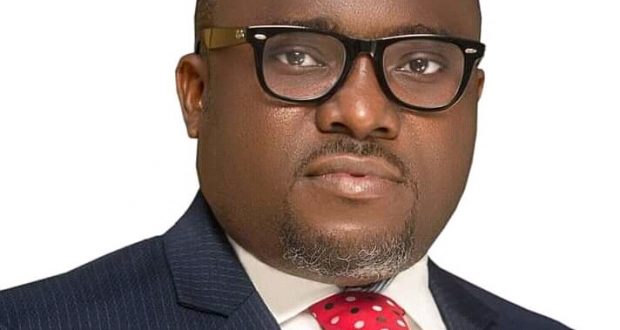 In measuring performance of a political office holder, one of the yardsticks, according to political pundits is the ability of the occupant of such office to match words with actions in delivering tangible dividends of democracy to the people.

The above statement can be attested to the current Chairman of Ikono local government Area Hon. Nyakno Okoibu whose 100 days in office has initiated ideas aimed at quickening unity, brotherhood, enterprise, dialogue,diplomacy, focused leadership and above all, stimulating physical development in the local government area, which shows that he had prepared for leadership before now and have place his people above personal aggrandizement.

In just three months down the line, he has recalibrated and rewritten the narratives and annals of Ikono people and given them hope and a future to build upon, improved and sustained.

Because of his enormous leadership acumen, The local government Secretariat now witnessed a 24hour noiseless, odourless power supply, no emission of any kind, courtesy of the newly installed renewable energy power supply.

As a listening Chairman, who wants others to grow and succeed, couple with the harsh economic reality occasioned by the novel pandemic, Covid-19. The 50% slashed for tenants at the local government residential Estate, and Reduction of court fees from twenty five thousand naira (25,000), to thirteen thousand naira (13,000) usually paid for court marriages by intending couples are good omens of a visionary. All these has put his name at the front page of man with the heart of gold, a feat very rare to find among his cotemporary.

May I equally commend the recent re-establishment and composition of Ikono football club, “Ikono FC” management team by your administration, the above decision will held boost sport development in the local government and discover talents among our young ones. With all sincerity I must say that its a step in the right direction.

Having promised Ikono that you would give them the best education, money could buy by providing the needed ambience and tools for enhanced studies and learning’s as well as scholarship to students who are in need. Thank you for the first phase of scholarship to twelve Ikono Indigenes to Nation Builders University for a two year National Diploma program of their choice.

With these notable projects and sterling leadership qualities you have exhibited, it show that you had prepared for the tasks ahead, having surround yourself with bunch of intellectuals as aides.

I didn’t intend to use this short article to give account of your achievements but i however wish to join other progressive minded Ikono Indigenes to entreat them for corporation, unity and oneness, as you discharge to us undiluted dividends of democracy.