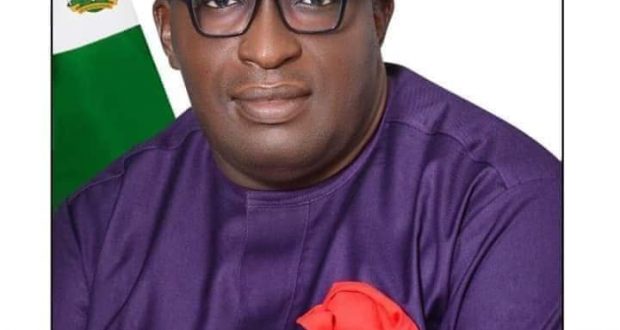 NUJ COOPERATIVE: Another Welfare Package For Journalists In The Works

While 71 journalists in Akwa Ibom State have so far benefitted from the welfare scheme instituted by the Nigeria Union of Journalists on Friday, August 2, 2019, another welfare package is underway for members of the Union.

The new welfare package – NUJ Cooperative, when it comes alive – offers an exciting prospect of access to finance for journalists in the state.

Speaking during the inauguration of the 3-man committee set up to work out the modalities for the union’s ‘new baby,’ the State Chairman of NUJ, Comrade Amos Etuk said that he remains committed to members’ welfare, which he added, is the cardinal objective of unionism.

Briefing the State Council during one of its meeting recently, the chairman of the 3-man committee, Comrade Edet Okpo said that the request for name – search and approval is before the Bureau of Cooperative Affairs.

He added that members will be required to register and own shares in the cooperative society.
Further to that, Okpo disclosed that the registration and ownership of shares will afford members of the Union easy access to soft loans at intervals when they are in need of money, adding that the committee is on the verge of wrapping up its assignment soon.

So far, the Union has disbursed more than N4million under its welfare scheme in less than two years.

A family of a deceased member is entitled to N200,000, while a bereaved journalist draws N50,000 support from the welfare scheme.
Sick members are also supported within the limit of the financial resources of the Union.
When the Union is unable to assist a sick member financially, it mobilises support from public spirited individuals, including the state government for the journalist in need.

The issue of non-payment of all the entitlements by employers of journalists are regularly canvassed by the national leadership of the Union. The matter is also given prominence by all the State Councils in Nigeria.
For instance, the issue of non – implementation of the 22.7 per cent Weigh -in – Allowance for media workers in the state government – owned media establishment’s was included in the address Comrade Etuk presented during the last media chat with the governor.

The Union has consistently made a case for employment of more journalists in the state government-owned media establishments.
Erroneously, the issue of welfare of journalists in Akwa Ibom is only seen by some persons outside the NUJ, from the narrow perspective of finance. It goes beyond that. Welfare comes in different forms and colours.

In Akwa Ibom State Council, the Union’s buses are always available for members on request and at zero cost.
All that is needed by a member, who has an event is to apply to the state council for a bus and the State Chairman will give an approval.

Previous: Do Not fail Our future ~ Gov Emmanuel’s Aide Advices Teachers.
Next: PRESS RELEASE RELEASE OF THE 2021 STATUTORY EXAMINATION TIMETABLE