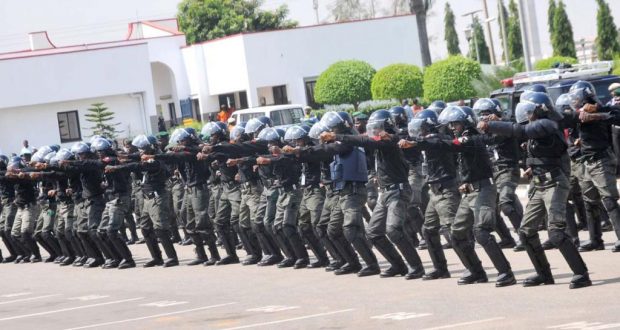 The Nigeria Police Force, Akwa Ibom State Command led by the Commissioner of Police,  Adeyemi Ogunjemilusi has today, Tuesday sought the support from the Akwa Ibom State  House of Assembly in combating cultism in the state.

The Commissioner of Police Akwa Ibom State on a courtesy visit to the 6th Assembly said, “the Akha can’t stand alone to watch the youth wasted away their lives and time but to join the command in battling crimes”. ..He explained.

The Commissioner of police at the Assembly’s complex commended the Speaker for his effort at the youth conference held at the police command recently.

Through his investigation, he discovered that over 20 cult groups are operating from secondary schools to tertiary institutions in urban and rural  across the State and over 60 cultists arrested and 17 charged to court.

The Police boss, Mr. Ogunjemilusi said he was in the Assembly to seek closer collaboration and support of the legislature to enable the police command achieve maximum result in the combating of crime in the state.
Briefing the lawmakers on some of the strides recoded by the police in the war against Cultism and violent crimes in the state, the Police Commissioner disclosed that two police officers have been dismissed from the command for their involvement in cultism, adding that they are currently undergoing prosecution.

“Two police officers whom we caught involving in cult related activities have been dismissed, and we are prosecuting them”. He emphasized.

Ogunjemilusi who was accompanied to the House of Assembly by a contingent including Deputy Commissioners of Police, Assistant Police Commissioners, ACP and Area Commanders among others, also used the opportunity to list some operational and logistics challenges faced by the police in the discharge of the their responsibilities.
In attendance during the courtesy visit were members of the House of Assembly.

In response, Speaker of the House, Rt. Hon. Barr. Onofiok Luke, gave the assurance on Tuesday during a courtesy visit to the leadership and members of the House of Assembly. Condemning the recent upsurge in cultism and violent crimes in the state, Luke said “Akwa Ibom State House of Assembly is ready to cooperate and work  with the members of the Nigeria Police Force. We are saddled with the core mandate of securing the lives of Akwa Ibom people, we will support you. Let the long arm of the law takes its course; Anyone caught involving in cultism should not be spared. please let the long arm of the law take its course”.
” I want to give you our commitment that we are ready to work for the peace, order and security of lives and property of Akwa Ibom State. Our responsibility here is to legislate for that good governance”.
…
He said the House of Assembly was ready to review the anti-cultism law(Internal security and enforcement law of the state, and urged the Commissioner of Police to forward a memo to the legislature on areas in the existing law that needs to be reviewed.

His words “in  as much as you cannot sent a farmer to the farm without farming utilities, likewise police force.”…we will not allow people to hide under the tag of politics to perpetuate crime” .
Furthermore, he requests the police to show respect to members of the legislature as a sign of reciprocation and pray God to strengthen the Commissioner of Police, Adeyemi Ogunjemilusi in working assiduously. — with David Augustine and 2 others.