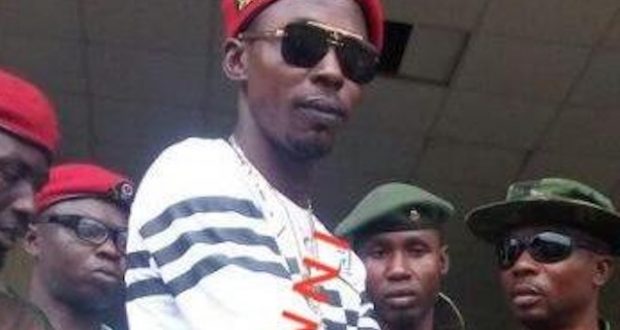 The notorious kidnapper, Mr. Don Wani, who masterminded the killing of 23 persons in Omoku in Rivers state,  has been killed.

Wani, a suspected militant leader, was confirmed killed in a combined operation by the Department of State Services (DSS) and the Army at a border town between Rivers and Imo.

A source said the incident happened at about 5 p.m. on Saturday.

The Rivers Director of DSS, Mr Tosin Ajayi, said: “No comment for now,” when he was contacted to comment on the incident.

Meanwhile, the kidnappers of Mrs Tina Inegbagha, Wife of the Paramount Ruler of Ayakoro community in Ogbia Local Government Area of Bayelsa have demanded N5 million ransom to release her.

Mrs Inegbagha, who spent the Christmas and New Year at the kidnappers den, was abducted at the palace of her husband on Dec. 16, 2017.

Mr Majesty Inegbagha, a member of the Monarchs family, who confirmed the development in Yenagoa, said the kidnappers had earlier contacted the family demanding for N100 million.

“The kidnappers are now demanding N5 million, yes, they contacted us earlier demanding for N100 million but later reduced the ransom to N30 million and now N5 million.

“We have been able to establish contact with the kidnappers of her majesty and we have also spoken with her on phone,’’ he said.

Inegbagha lamented the inability of the family to raise the money and pleaded with the kidnappers to release the monarch’s wife unconditionally.

“Where can we get that money? We have been appealing to them to help us and release her to us,” he pleaded.
Mrs Inegbagha was kidnapped alongside the Principal of the Government Craft Development Centre in the Community.

Also relatives of the abducted Chief of Agom Akulu in Zangon Kataf Local Government Area of Kaduna State, Mr Yohana Sidi Kukah, said they were yet to receive a phone call from the alleged kidnappers.

A Community Leader in Ikulu, Dr Yusuf Tanko, said that no one within the family of the traditional ruler or anyone in the community had been contacted by the kidnappers 24 hours after his abduction.#

“Usually, kidnappers would contact a family member but we are yet to receive any,” he said.

Tanko claimed that no fewer than 13 kidnappers came on footpath and arms.

Another resident, Mr Micha Dauda, said the suspected kidnappers walked on footpath after carrying out their act from Ikulu through to Crossing village.

The State Police Public Relations Officer (PPRO), Mr. Mukhtar Aliyu, said the command was told about the incident at 8.45 a.m and effort had been put in place to unravel the abductors.