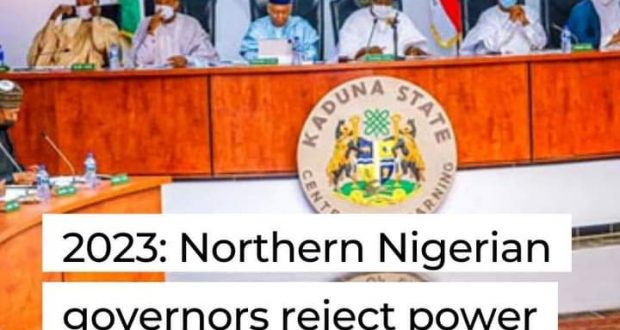 Governors of Nigeria’s 19 Northern states have opposed the call by their southern counterparts that the Presidency should be zoned to the South in 2023.

This formed part of the resolutions reached in Kaduna on Monday when the governors held an emergency meeting with traditional rulers in the region.

According to the governors, zoning the office of the President, as being agitated by southern governors is against the provisions of the 1999 Constitution.

They stated that any president elected must meet the constitutional requirements which include scoring the majority votes, and polling at least 25 per cent of the votes cast in two-thirds of Nigeria’s 36 states.

Governor Simon Lalong, who read out the communique containing the resolutions on behalf of his colleagues, noted that although some northern governors had endorsed power shift to the South, the regional governors collectively condemned such calls.