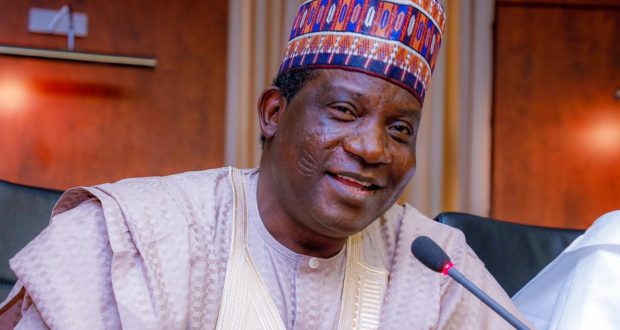 The Northern Governors’ Forum (NGF) has called for calm over the controversies generated by the Ruga settlement policy, later suspended by the Federal Government.

The Chairman of the forum and Plateau State Governor, Hon. Simon Bako Lalong, made the call on Thursday, in Abuja.

In a statement he personally signed on behalf of the Forum, Governor Lalong urged all stakeholders and all shades of interested parties, especially from the North, to remain calm and air their views democratically and decently while allowing the government to handle the matter. “With the ensuing development following the announcement of the suspension of the Ruga resettlement initiative by the federal government yesterday, it has become pertinent for me as Chairman of the Northern Governors’ Forum to make clarifications on the true position in order to calm the nerves.

“We have acknowledged the varied responses that have been coming in throughout the hours after the announcement of the suspension which we see as part of the beauty of democracy which allows citizens to participate in shaping and moderating the functions of government with regards to matter of public interest,” he said.

He expressed happiness that the  NGF is reaching out for engagement with major stakeholders on the matter particularly in the North, after receiving the position of the leadership of the Coalition of Northern Groups with the hope of getting the public to fully understand the whole concept and the wisdom behind the government decision.

He said, “We acknowledge here the Coalition’s concerns and in particular, its decency in urging the Northern people to remain civil and resist the temptation to be drawn into anything untoward. “We are reassured that the leadership of the Coalition is genuinely and responsibly concerned with the betterment of the whole nation and with the well-being of the Northern region and people in particular, and that it will continue to work for calm and understanding.”

He added that at the end of the day, what is coming out of the suspension would turn out to be more beneficial and in the best interest of the whole nation.

“We are working on a complete package that comes with multi sectoral and multidimensional benefits that would serve the interest of all both in the short and long terms,” Lalong said.