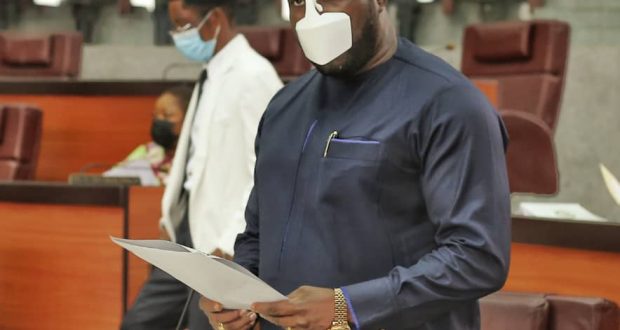 Albert Einstein a German-born theoretical physicist, widely acknowledged for developing good theory once said that “Only a life lived for others is a life worthwhile”. And these could best describe the personality of Rt. Hon. Emmanuel Bassey, member Representing Ini State Constituency and Chief Whip of the 7th Assembly.

With so much passion to serve his people since his entry into politics during the era of Chief Godswill Akpabio, Iraq as fondly called by Friends and associates across all strata has demonstrated effectiveness and efficiency to the amiration of many.

Hon Emmanuel has greatly utilized his intellect, dexterity, varsatility and interpersonal nous to the service of humanity thereby adding salt to the present administration especially the legislative arms.

By popular demand, Hon Bassey will make his people proud if given the higher mandate to serve having proven his worth beyond reasonable doubt, among his contemporary, as his pedigree and excellent relationship with the people, Bassey has written his name on the sand of time.

With his undisputable strides in leadership, he became a typical example of preparation meeting opportunity. He has earned all the offices occupied through competence, dedication and commitment.

Hon. Bassey is a candle who light other candles, through his magnanimity, many Constituents are landlords, some taxi drivers, while others have engaged in various skills courtesy of his people oriented leadership.

The name Emmanuel Bassey rings a bell among the youths anytime is being mention because of his unbeatable track record during his days as SA to governor Godswill Akpabio on Youth Matters. He has been tested, trusted and highly dependable by his people

Let’s spread the carpet and beat the drums for Otuekong Emmanuel Bassey.

Previous: YOU HAVE CHOSEN THE BEST CAREER, BE PASSIONATE ABOUT YOUR JOB: GOV. EMMANUEL’S AIDE TASKS NEWLY EMPLOYED TEACHERS
Next: Nyakno Okoibu Flags off coconut day…sues for more investment in coconut cultivation