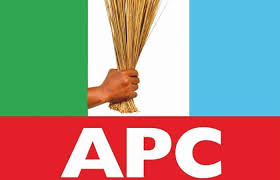 Nobody can expel or suspend anybody in APC.

Akwa Ibom APC take note
The All Progressives Congress (APC) has said that nobody, not even the State or Zonal Executive committees of the Party, has the power to suspend anybody from the Party at any level. This declaration/directive was issued by Malam Bolaji Abudullahi, National Publicity Secretary of the party on Friday. The Party spokesman said this in a press statement he issued on the Kogi State APC crisis where a faction of the party led by the State Governor, purportedly suspends the State Chairman of the Party, Alhaji Haddy Ameto.
The National Leadership of the Party through the National Publicity Secretary maintains that Alhaji Haddy Ameto remains the recognised chairman of its Kogi State Working Committee, saying that only a convention can expel any of its member.
Malam Bolaji Abudullahi, National Publicity Secretary of the party, made the clarification in a statement on Saturday in Abuja while reacting to reports that Ameto had been expelled from the party.
“APC wishes to clarify that neither state nor zonal executives, constituted in whatever name or form, can expel anyone from the party, only convention can do so.
“We restate that the Kogi State Working Committee of APC led by the Chairman, Alhaji Haddy Ametuo remains the only recognised executive committee of the party in the State, ” he said.
He added that any disciplinary action being contemplated must be referred to the party’s National Working Committee (NWC), as stated in the party´s constitution.
He enjoined all party members at all levels to desist from taking unilateral actions that were likely to further jeopardise its on-going peace process.
The News Agency of Nigeria (NAN) recalls that on Friday, a faction of the party announced the expulsion of Ametuo along with some members of the executive of the party.
Meanwhile, a chieftain of APC in the Akwa Ibom State, Thomas Thomas while responding to questions from journalists in the State Secretariat of The Real APC Movement in Uyo last Saturday said the press release by the National APC is timely considering the fact that some usurpers within the State Chapter of APC have perfected plans to intimidate innocent ward and chapter officials of APC with expulsion and suspension. He called on members of the party to support any aspirant they choose without fear of any fake expulsion and or suspension.
2018-03-05
dozzier