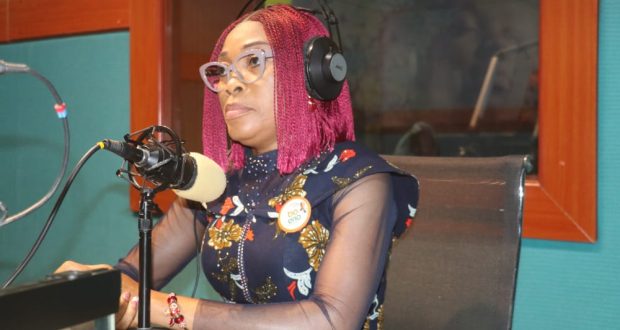 The Acting Chairman of Mkpat Enin Local Government Area, Hon Mercy Bassey has advised that Nigeria’s education should go beyond the paper, pen and classroom model.

Hon Bassey, who gave the advice during an interview session with ace broadcaster, Michael Bush on XL 106.9 FM, Thursday evening, said the country’s education curriculum is too rigid.

She revealed that until her emergence as vice chairman of Mkpat Enin Local Government in 2020, she was teacher and had spent over 20 years in the profession.

“If you look at our curriculum, it’s just about about the learner, the teacher and the classroom. It is too rigid.

“Back in our time, having certificate was the priority, but now, the world is so competitive that education should no longer be about acquiring certificates but also developing skills that will give individuals an advantage.

“The curriculum should be in a way that it allows the students to explore their creative ideas and skills simultaneously with learning in classroom.

“In Mkpat Enin for instance, we have a programme called “Certificate Backup” where we engage our secondary school students in different skills acquisition opportunities. It is a yearly programme that starts in October.

“We measure the success of this programme through a feedback mechanism and so far, the testimonies have been really good. Many of our students are developing entrepreneurial skills along with the academic knowledge they are gaining in the classroom,” she said.

She disclosed that everything she is doing as Acting Chairman is in furtherance of the visions of the administration which came under the “Fresh Air” mantra, adding that she is holding the office temporarily for the chairman.

“I am very conscious of the fact that I was elected as vice chairman so I don’t allow this “Acting Chairman” to get into my head.

When asked how she is currently relating with her boss, Hon Anieokpon Ekpo, Hon Bassey affirmed that she still maintains a cordial relationship with Mr Ekpo and even consults him on certain issues in the council when necessary.

Hon Bassey, who disclosed that she was a lecturer at Sure Foundation Polytechnic, Ukanafun before her nomination as vice chairmanship candidate, proffered possible solution to the lingering crisis in federal universities.

“There is nowhere in the world where anything especially development is enough. People will continue to ask for more. But there is need to always have an understanding.

“The lecturers are asking for more improvement so the government will have to look into the demands to see the ones they can meet and be sincere about it,” she noted.