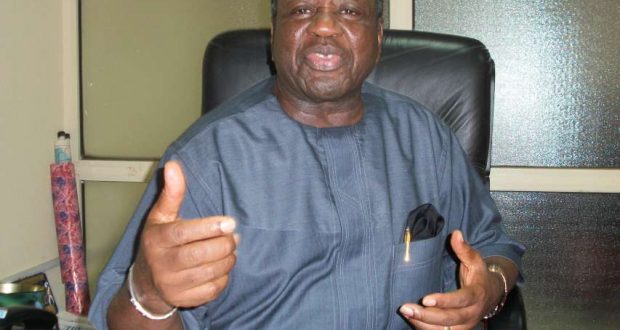 Nigeria, Buhari and the Common Man

As elites, we can become so cocooned in our comfort zone that we foolishly think of ourselves as the average Nigerian, or the common man. President Buhari knows better and his iconoclastic disposition towards the elites is what endeared him to the common man. He is their hero. So Buhari won the just concluded presidential election not as an elite and certainly not because he was the APC candidate but because he is Buhari. Without a doubt it is a personal victory. But what effect will that have on his party the APC.

Throughout his first tenure, nobody can say that he was truly a party man in the conventional sense. Because of this there were rumblings within his party. Some very big wigs were said to be considering leaving the party. Infact some even thought that by the time we get to the elections, the party would suffer an implosion. As it happened that was averted.

In his second coming, it is my conviction that he is going to pay even less attention to the party. With some serving governors being suspended from the party by the NWC for anti-party activities; with the earlier schisms that had gone to spawn new parties or swell the ranks of the PDP; with the evident shift in the support calculus, it is clear to me that, in the no distant future, we will be singing its dirge. APC is going to be scattered – dead.

If Atiku had won, it is possible that he would have atikulated this country to the next level – to borrow from the slogan of both parties. But I also had the fear that if Atiku wins and the PDP gets back in the saddle, this country would be plunged into an orgy of intolerable excesses. Besides, if we remember that the relationship between Obasanjo as President and Atiku as Vice-President was bad and so had many unsavoury consequences for the country, let us consider what would happen with Atiku as President and Obasanjo as his self-styled, letter-writing godfather. I shudder to think. With what has happened now, it is obvious that the fortunes of the PDP is also most likely going to change.

Goodluck Jonathan on leaving office as the President on that party’s platform could not establish himself as the rallying point for the party even after Makarfi had so ably wrestled it out of Sherriff’s clutches. It took Atiku Abubakar, as its presidential candidate to provide that focus. Given his age and history of past attempts, this surely was for him a last ditch. With him off the scene, PDP is completely rudderless and with no anchor. It is safe to say therefore that PDP too, which had also splintered in the past will soon be scattered – dead.

There was yet a third group – the Military Block. They did not hide their support for Atiku and the PDP. They openly showed their hand and have been spanked. Their influence therefore is bound to wane. It is my prediction that from now on we are going to witness less and less of those pilgrimages to Abeokuta and Minna. With this loss of influence, it is also safe to say that the military oligarchy is dead.

These were the three power blocks that constantly exerted their manipulative wiles on the country. If they did not approve of you, be as wise as Solomon, as brave as David, as strong as Sampson, you will not get anywhere and that is what has kept Nigeria down. The system has never allowed us to put forward our most capable.

Buhari’s victory is the death knell to these power blocks. It has started the process of dismembering these menacing Behemoths, pulling out their fangs, blunting their claws and neutralising their sting. Buhari’s victory has returned power to the common man. Positions negotiated in Abuja and Lagos over the heads of the people can no longer be guaranteed. His victory has therefore given Nigeria a long- delayed but much needed opportunity for a new life; an opportunity to chart a new course. That is why for me his victory represents not only the triumph of the common man, but indeed also a great blessing for Nigeria.

An opportunity has now been created for fresh hands, an opportunity for a new leadership, to take over. Nigeria can now look forward to a new birth. The phoenix can now rise out of the ashes and attain its destined glory.

Now that Buhari has won, what should be the Agenda for his government. I have my suggestions:

First and foremost, Buhari must put a stop to all and every agitation to split up this country and there is only one way to achieve this. He must see to it that we re-enact and reinstate the terms and conditions of the agreement that caused all the various peoples of this country, at independence, to agree to come together and form one country – Federalism. Anything short of this is to court a disaster of unimaginable magnitude. The popular word today that describes this is RESTRUCTURING. My prediction is that unless this is done, by the end of his tenure in the next four years, there may not be a country called Nigeria as we know it today.

Every time restructuring is discussed, every part of this country insists it can survive on its own without the other. Indeed that is what will have to happen in the event of a break up. What I am advocating is that we put that into practice; as federating units we learn to survive each on its own while staying together as a country. That is what federalism is all about and that is what restructuring means.

The second item on my agenda for the Buhari government is POWER. We must work relentlessly to see that in the shortest possible time every hamlet, every corner of this country enjoys twenty four hours constant supply of electric power. In today’s world, it is not a luxury but an absolute necessity.

Third on my agenda is the fight against CORRUPTION. The fact still remains that if we do not kill corruption, corruption will kill us. This time the fight must be total and unsparing.

Next, President Buhari must put a stop to all the KILLINGS whether by Fulani herdsmen, or Libyan mercenaries, marauders, cattle rustlers or whoever. Already human life has been degraded enough and if the killings continue and farmers stop going to their farms, all the gains made so far towards food security by this administration will come to naught and we will again be faced with a major disastrous phenomenon.

The final item on my agenda is the release of LEAH SHARIBU and the total annihilation of BOKO HARAM. My granddaughter of about the same age is called Leah but that is only a coincidence. That innocent little girl must not be allowed to continue to suffer any longer amongst a hoard who can only be described as beasts. Similarly no citizen of this country should be forced off their land into an IDP camp. Boko Haram, even if we must resort to a scorch earth policy must be smoked out and destroyed. It is time to say enough is enough firmly and with determination.
Not a few will wonder why I have not included in my agenda such vexed issues as the broken economy, falling standard of education, poor health care, decaying infrastructure and even such matters as nepotism. For me, these are mere symptoms of a major debilitating ailment. The underlying problem being the dysfunctional federal system that we have been operating with a heavy overlay of unitarialism. Once we restructure, so that the federating units become coordinate with, rather than subordinate to, the centre, all these associated ills will begin a process of auto-correction.

Have we forgotten how the Sarduana rather sent Sir Tafawa Balewa to the centre as Prime Minister while he remained to take charge, as the Premier, of his federating unit- the Northern Region. The truth is that in a proper federal system the central government is largely immaterial to the common man. What touches his life most and matters most to him are the state and local governments. I sometimes forget that there is now a large population of young Nigerians who must have difficulty understanding what I am talking about because they have not known any other than military or present system of governance. But those of us who are old enough cannot have forgotten how the harmonious relationship and the healthy rivalry that were engendered by our practice of true federalism spurred every part of this country to an unprecedented height of development. All that is needed is for all of us to accept the imperative to go back to something that had served us well in the past; to accept that RESTRUCTURING is now an idea whose time has come and cannot therefore be resisted or delayed.

Given where we are now, there is a need for us to define the way forward. For me the way forward lies in a new beginning with a complete change of ethos and orientation. To achieve this I suggest the immediate formation of two NATIONAL MOVEMENTS.

The just concluded elections have done a lot to return power to the people and they have demonstrated that Nigerians want power to be held by people with integrity to which we should also add capability. Nigerians are completely fed up with people who seek power and positions just for the tyranny of controlling the treasury for themselves, their masters their investors and contractors rather than for the development of the real stakeholders, – the people.

I have no doubt that there abounds within our population of nearly two hundred million people, a sufficient number of quality people to whom the leadership of this nation can be trusted. So, the first movement, which I have suggested must be nationwide and not under the aegis of any political party, must be to search out the Moghalus of this nation. There must be quite a few of them. We must search for them, find them, groom them, assess them so that in less than the four years of this tenure, there will be no doubt in anybody’s mind as to who the people would want to be their next president. I should caution that this exercise, imperative as it is, would amount to an indulgence in extreme futility unless we also firmly re-establish the country.

The next movement which must also be nationwide and not sponsored by any political party must therefore be the movement to restructure this country in a painless, equitably manner. I have already said a lot about restructuring in this presentation so I will say no more on it.
Conclusion

As one who has already celebrated his eightieth birthday, I can only continue to counsel and pray that God will continue to show me mercy and grant me enough days to see my country attain the lofty aims of our founding fathers.